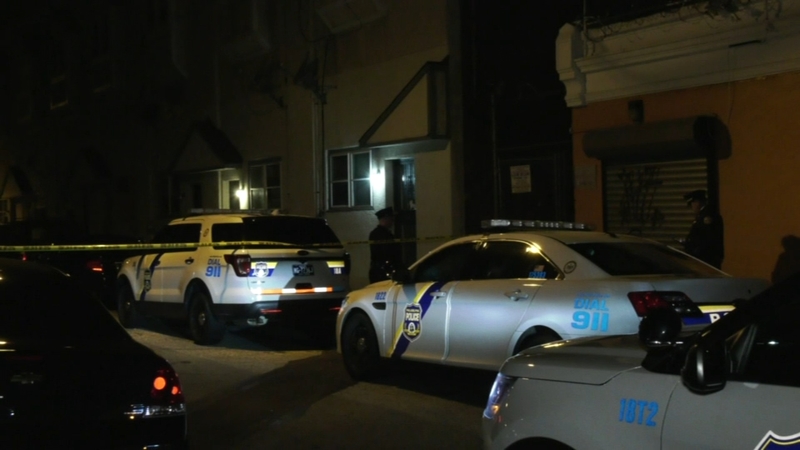 The meeting took place at the Sanctuary of Anointed Tabernacle of Praise.

"Tonight was our beginning of process of healing, having a safe space to express that frustration," State Representative Joanna McClinton said.

McClinton's office is located near 60th and Ludlow streets where the shooting happened around 8 p.m. Sunday. According to investigators, 25 shots were fired by two gunmen.

"That's the emotion, everybody is pi**** off. They're mad, they're sad, they don't know how to deal with the things that are going on," said Stokes.

Detectives on the case said they believe the suspect was driving a black Ford Edge with tinted windows.

"People know. That car is owned by someone in that community," said Philadelphia Police Lt. John Walker. "We know there's a situation between two groups of people that goes back to nothing but fights in the high school in the area."

City leaders urged residents to get involved on their block, including sign-ups for a newly-formed tenants association where the shooting occurred.

"If those gates had been locked on Sunday, nobody could have chased those kids with guns," said McClinton. "They wouldn't have been able to access it."

On Monday, Takia Harrison, the mother of the 8-year-old who was injured, said she wants to move.

"Only thing I can do from here is I just got to get out of this city," Harrison said.

Boy, 8 hit by stray bullet inside his West Philly home. Trish Hartman reports during Action News at 4pm on November 26, 2018.