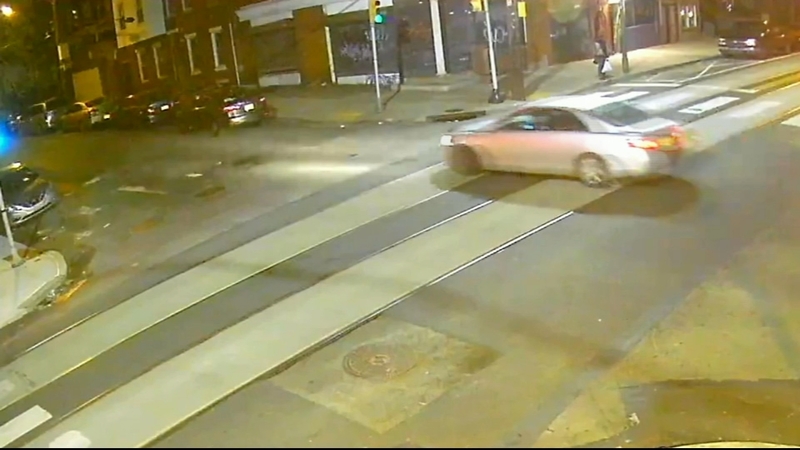 PHILADELPHIA (WPVI) -- Police have released new video as they try to identify four suspects in the killing of a young man earlier this month in West Philadelphia.

The four suspects circle the area in a silver Toyota before parking the vehicle and approaching the victim on foot.

After firing approximately 40 gunshots at the 22-year-old, the four males run back to the silver Toyota.

The vehicle was last seen fleeing westbound on Media Street.

The Toyota appears to be missing its hubcaps on both front tires and may have damage to the front tire fender, police said. 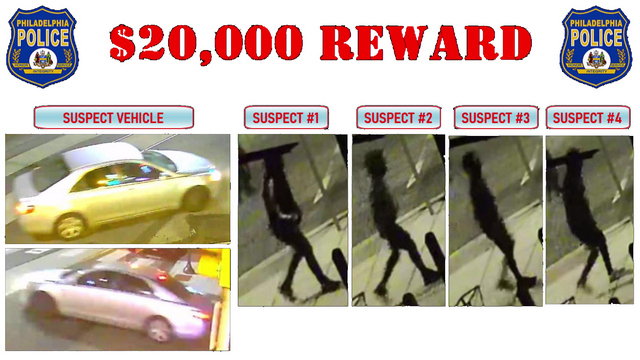 A $20,000 reward is being offered for information leading to an arrest and conviction.