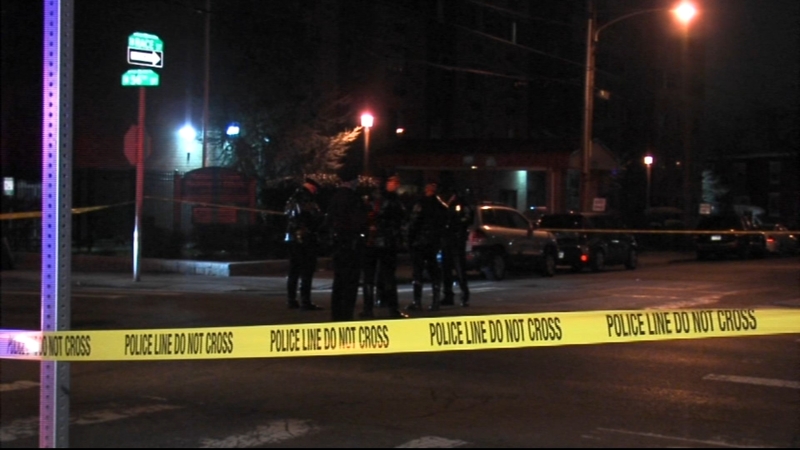 Philadelphia police officers on patrol in the area heard the sound of multiple gunshots, according to Chief Inspector Scott Small.

Once on the scene, officers found a 26-year-old man lying on the sidewalk.

"He was shot multiple times in his groin, back, and both legs," Small said.

He was taken Penn Presbyterian Medical Center where he underwent surgery. He is listed in stable condition.

The entire incident was captured on home surveillance cameras.

Small said the video shows the suspect follow the victim and shoot multiple times at his back. The victim was able to run about 100 feet where he collapsed.

The shooter fled toward Market Street.

Small hopes the video can be enhanced and help identify the suspect.