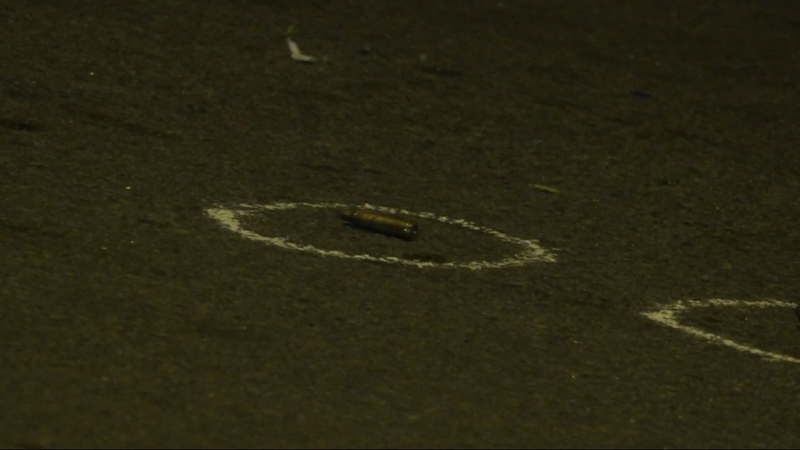 NORTH PHILADELPHIA (WPVI) -- One person was killed in a quadruple shooting in North Philadelphia.

It happened just after 3 a.m. Saturday on the 700 block of West Russel Street.

A 22-year-old man was shot in the abdomen and taken to Temple University Hospital where he died.

A man in his 40s remains in critical condition after he was shot in the neck.

A 54-year old woman was shot in the leg and is expected to recover.

Police said an 18-year-old man later showed up at the hospital with a gunshot wound to the leg.