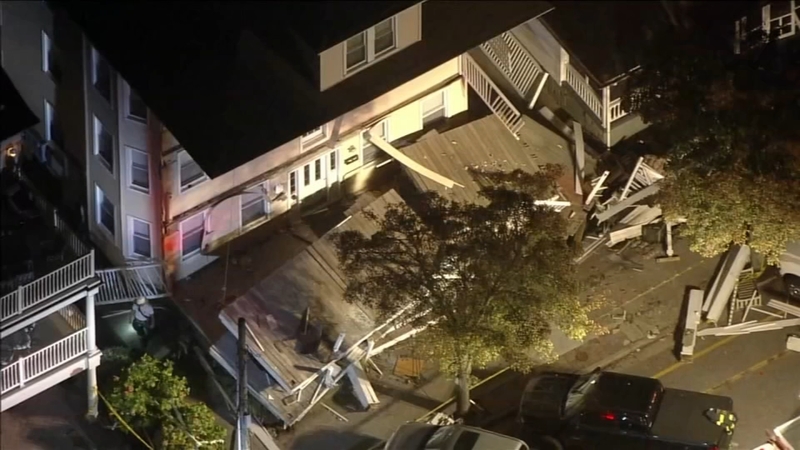 While much of the debris is cleaned up, Baker Avenue is still closed until steel beams are brought in to stabilize the front of the house.

"It was a crazy situation," said Deputy Fire Chief Ernie Troiano III. "The collapse alone, the way it happened, given the events going on and the amount of people in town and occupying the place, it was very fortunate that no one was killed.

Thousands of people were in Wildwood over the weekend for a firefighters conference. Officials believe that's why there was a gathering on the deck, though it's unknown how many people were on it when it collapsed, or if that was a factor.

Officials say it happened around 6:00 p.m. Saturday, injuring at least 22 people, including children. Officials say the second and third-floor decks suffered a pancake collapse, trapping people and sending them to various hospitals. Fire officials say most, but not all have been released.

Wildwood officials say with a collapse this significant, they'll be taking a close look at various safety procedures as the investigation unfolds.

"When something happens, everybody tightens up a little bit. The owners of the properties, you find whatever comes out of this that'll obviously probably direct your attention in certain areas," said Troiano.

City officials say the house, which is now a seven-unit condominium residence, is about 80 to 100 years old. Officials also say it was rehabbed about 15 years ago, and that's when the decks were likely added.