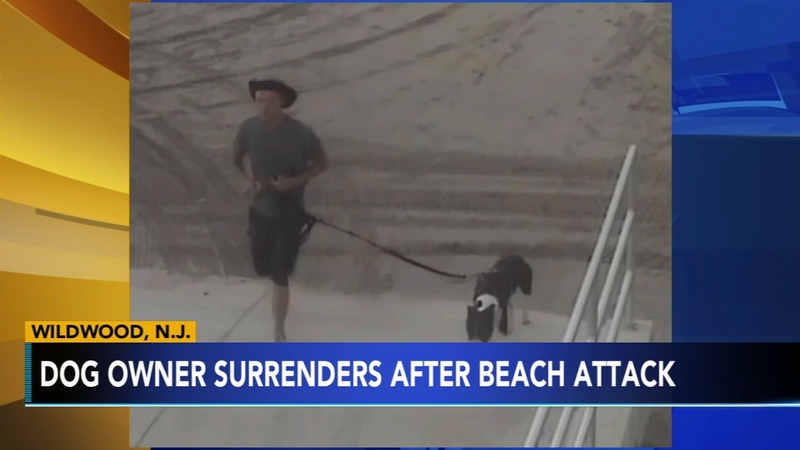 WILDWOOD, New Jersey (WPVI) -- A man has turned himself in after a dog attacked a boy Friday morning in Wildwood, New Jersey.

It happened around 6:30 a.m. in the area of the Rio Grande Avenue beach.

According to police, the 11-year-old boy, who was visiting from Bridgewater, asked for permission to pet the dog.

That's when the dog apparently leapt forward and bit the child in the face.

The dog involved is described as a black-white pit bull-type breed.

The boy was airlifted to the hospital. He is expected to require extensive surgeries, police said.

"As family members realized the severity of the injury and called 911, the handler fled the area with his dog prior to the arrival of emergency services," said police in a news release.

The dog's owner, identified as John Kalin, 28, of Wildwood, turned himself into police later in the day with his attorney by his side.