West Philadelphia has 2 chances for Oscar Gold this Sunday

Will Smith and Ahmir 'Questlove' Thompson grew up in the same neighborhood and both are hoping for their first Oscar.
WPVI
By Alicia Vitarelli 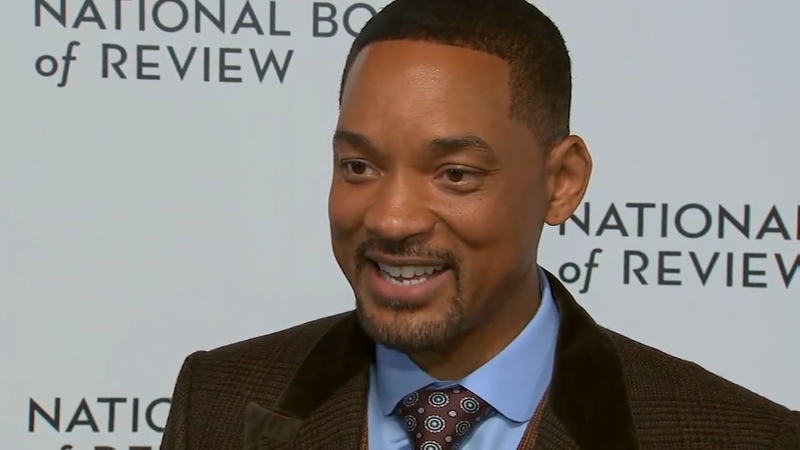 West Philadelphia has 2 chances for Oscar Gold this Sunday

LOS ANGELES -- The Delaware Valley has several Oscar nominees to cheer for on Sunday but West Philadelphia alone has two stars.

Will Smith and Ahmir 'Questlove' Thompson grew up in the same neighborhood and both are hoping for their first Oscar.

Smith has swept the awards circuit so far this year and is considered a frontrunner for Best Actor for his performance in "King Richard."

Despite the high expectations, Smith is staying humble.

"You know, I'm not even thinking about it like that," he said. "I'm finding myself with my attention being on the hearts and the experience of the people around me more than on whether or not my name gets called," Smith added.

"I am just saying, am I the big story on Action News today? What a life man. I couldn't, I couldn't ask for anything better. And it gets better every day," said Questlove.

'Summer of Soul' is his directorial debut.

Playing historian, the founding member of The Roots dusted off 47 reels of unseen footage from the 1969 Harlem Cultural Festival, a star-studded event that was never televised.

"I wanted to restore history, do a really good job, and hopefully, maybe a college or two would show it," said Questlove.
Instead, his first shot at a documentary would grip the globe, and it's been sweeping awards season.

When he heard his name called during the nomination, Questlove couldn't contain himself.

"This is an old reference, but I ran through the door like the Kool-Aid man, I just ran in the hallway of my apartment, and yelled and woke every neighbor up at six in the morning and then apologizing and closed the door, but I was happy," said Questlove.

When it comes to speech writing for the big night, he plans to talk from his heart.

"Hopefully you'll have two Philadelphia success stories. You know, Will and I talk every other night about this. And you know, this is a moment for West Philadelphia right now," said Questlove.