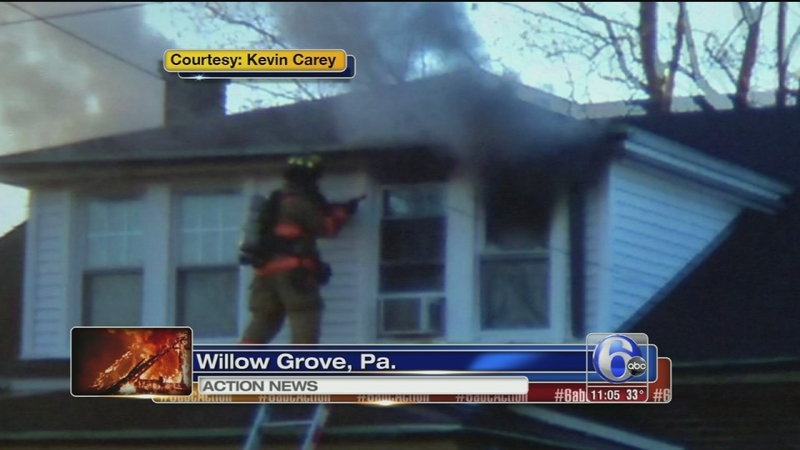 It happened shortly before 4 p.m. Sunday along the 200 block of Barrett Road.

Witness Kevin Carey recorded the terrifying moments as firefighters tried to extinguish the flames on the second floor.

Corrine Ible tells Action News she lives around the corner and happened to be walking by when she spotted the billowing smoke.

"The smoke was pouring out by the time we got up here, and I said 'something's going on' and I called 911," Ible said.

Ible said she heard the smoke alarms going off.

Willow Grove Fire Chief Brandon Lee says the building is a duplex and the fire was in one of the bedrooms on the second floor.

"There were people on the first floor that were removed by the fire department," Lee said.

Authorities say the second floor, which is a separate unit from the first floor apartment, has heavy smoke and water damage.

The say only the first floor residents, two parents and their young daughter, were home at the time.