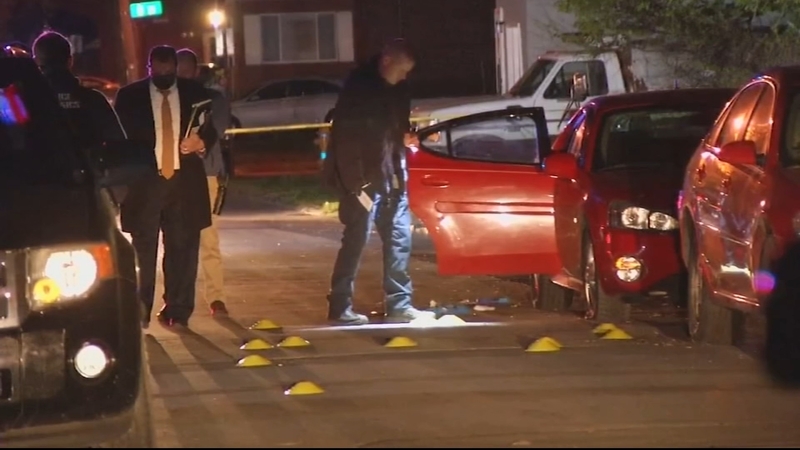 WILMINGTON, Delaware (WPVI) -- Wilmington police are investigating after a 13-year-old girl and a man were shot Thursday night.

The shooting happened at about 11:40 p.m. in the 400 block of Buttonwood Street, police said.

When officers arrived, they found a 24-year-old man and a 13-year-old girl had been shot.

Police believe the two were sitting in the car on the block before the hail of gunfire erupted. At least 10 shell casings were found at the scene, investigators said.

Both were taken to an area hospital in stable condition.

The White brothers, who run an auto body shop just up the street, were stunned by the violence but acknowledged the area hasn't been immune to crime.

"This area right here is not too bad. We've had some problems, like I said back in the projects and everything, but this area hasn't been too bad. They police it pretty good," said Curt White.

While it appears there are some surveillance cameras in the area, it's unclear if they captured any of the shooting.