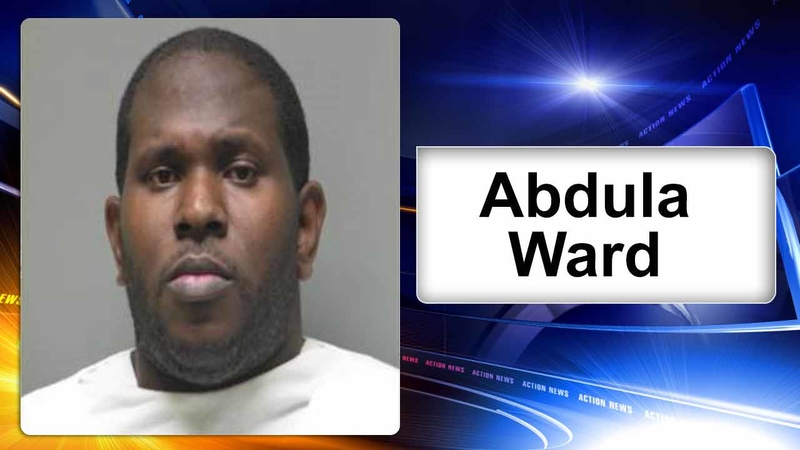 Police say 34-year-old Abdula Ward of Wilmington was discovered to be in the possession of police equipment during a traffic stop.

It happened around 9:07 p.m. Friday at Pulaski Highway and Bear Christiana Road.

During the traffic stop, police discovered Ward had a suspended license.

Officers then noticed he was wearing a shirt with "POLICE" written on it.

The officers inquired further and could see he was also in possession of a handheld radio, handcuffs and other law enforcement related equipment.

The officers obtained a search warrant and searched the vehicle.

During that search, police say they located a blank gun with live ammunition inside as well as multiple other pieces of law enforcement related equipment.

Ward was charged with impersonating a police officer and possession of ammunition by a person prohibited due to a previous conviction.

Police say the investigation is still ongoing, but Abdula has not been linked to any specific police impersonation incidents.

Abdula was arraigned Saturday morning and was committed to Howard Young Correction Institution in lieu of $15,000 cash bail.

The New Castle County Police Department advises residents that all of its officers are required to carry photo identification proving their employment with the agency.

If an officer's identity is in question, residents may ask for that ID and it will be provided once it's safe to do so. They may also call 911 or (302) 395-8100 if they aren't comfortable with the identity of the officer so that the dispatcher can verify the incident or the officer's employment.

Anyone who suspects they may have been stopped by someone impersonating a police officer and has not reported it should call the New Castle County Police Department at (302) 573-2800.
Related topics:
wilmingtonpolice impersonatordel. news
Copyright © 2022 WPVI-TV. All Rights Reserved.
TOP STORIES
What is monkeypox? What to know after US confirms 1st 2022 case
Delco bus driver accused of taking upskirt photos of students
Rise in brazen thefts force convenience stores to close
5 people shot in North Philadelphia near Temple University
Grand jury indicts man in Buffalo supermarket shooting
Newlyweds mark big day with fiery stunt
AccuWeather: From showers to sunshine
Show More
Oz, McCormick locked in tight race. Could a recount be triggered?
1st monkeypox case in US this year reported in Massachusetts
Biden invokes Defense Production Act for formula shortage
Red Cross registers hundreds of Ukrainian POWs from Mariupol
18-year-old dies after being trapped under sand at Jersey Shore
More TOP STORIES News