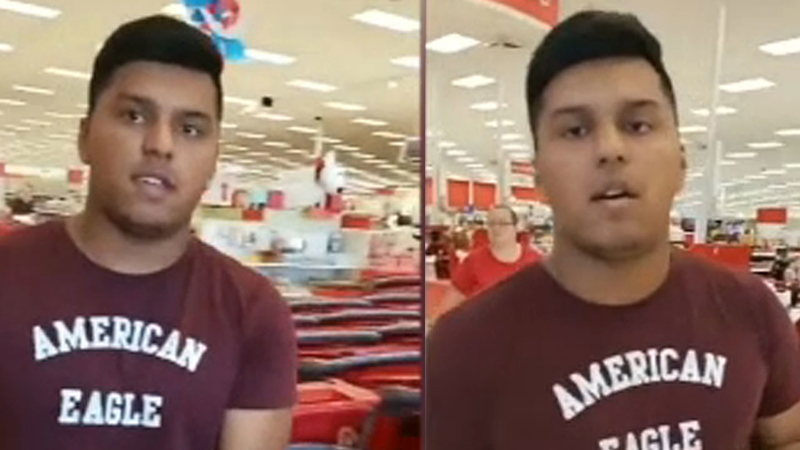 Woman confronts man who she claims recorded her in Target bathroom

LEAGUE CITY, Texas -- A man has been charged after he allegedly recorded a woman in Target bathroom in Texas.

Police said it occurred Monday in League City, about 30 miles from Houston.

The woman told police she saw Jacob Herrera walking out of the bathroom and recorded her confrontation with him.

"You are not leaving. You're not leaving. I saw your phone there," she is heard on the video saying as she tried to block Herrera from leaving the store.

Herrera has been charged with invasive visual recording.

According to court documents, Herrera told police he was on his phone when he accidentally walked into the women's bathroom.

In February, two teenagers said they were followed by a man taking videos of them from the waist down in a Target store in Voorhees.

Teens say man followed them and filmed them in NJ Target: Sarah Bloomquist reports on Action News at 6 p.m., February 12, 2019

Several witnesses told police they saw the man recording the two girls on his cell phone.

At the time, Voorhees police said it appeared to be an isolated incident.
Report a correction or typo
Related topics:
peeping tomcaught on videou.s. & worldtarget
More Videos
From CNN Newsource affiliates
TOP STORIES