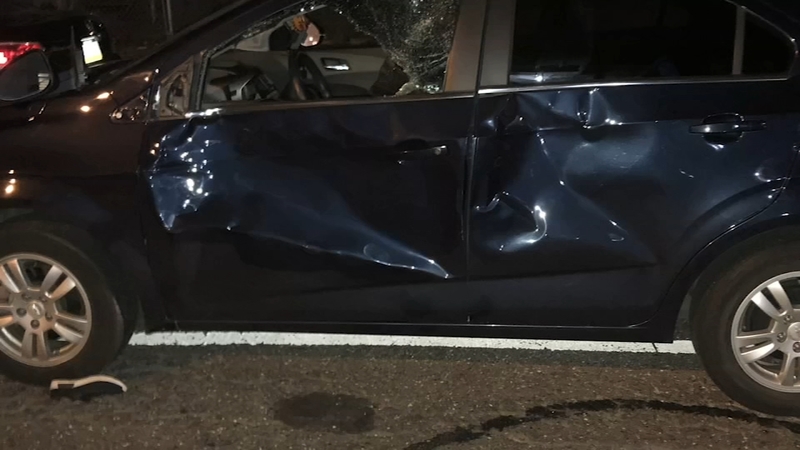 PHILADELPHIA (WPVI) -- A woman is in critical condition in the intensive care unit at Temple University Hospital after being hit by a car in North Philadelphia.

Jacob Ortega said he and his girlfriend, Priscilla Rodriguez, were standing beside her car on 17th and Allegheny just outside of his home early Friday morning, when they were hit by a car.

"All I saw were lights, and she screamed and when I opened my eyes I was on the floor winded," he said. "It pushed me over the hood of her car and it pinned her and dragged her like six feet away from the car.

Ortega said the car then drove away.

Battered and bruised, he managed to dial 911. His girlfriend was critically injured.

"It's hard to see my child like that," she said. "It's hard because there's nothing I can to make it better for her."

Five days and two surgeries later, the 27 year old had to have her pelvis reconstructed.

"She keeps holding on to the bed like she's shocked," said Yvonne. "She keeps telling me all I see is the light of the vehicle coming towards me, so it's stressful."

It is believed the suspect's vehicle has damage, and police said they are trying to track down surveillance video to pinpoint the make, model and owner.

Meanwhile, Rodriguez's family is asking the suspect to have a conscience.