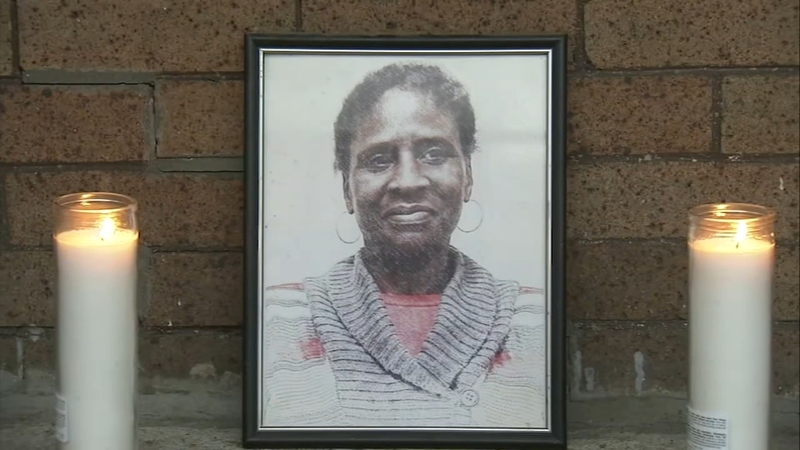 PHILADELPHIA (WPVI) -- Philadelphia police are investigating the death of a 59-year-old woman found unresponsive in a "pool of blood" inside a home in the Logan section of the city.

Action News spoke with the woman's son outside the home in the 5900 block of Norwood Street late Sunday.

He identified her as "Ms. Gwen" and said it was his four-year-old twin sons that found her early Sunday morning as they stopped by for a visit.

RELATED: Police identify woman found dead in a bedroom of her Logan home

Her photograph now rests outside the home next to candles.

Her son, who did not want to speak on camera said his sons alerted him something was wrong with their grandmother when she didn't respond to them.

He said he then went to the back of the home to find the backdoor wide open.

He added when he finally made it up to her room, he encountered what he described as a "crime scene"

Authorities said she was pronounced at the scene.

So far, no arrest or weapon has been recovered.

At this point, it's not clear what type of injury the victim sustained.