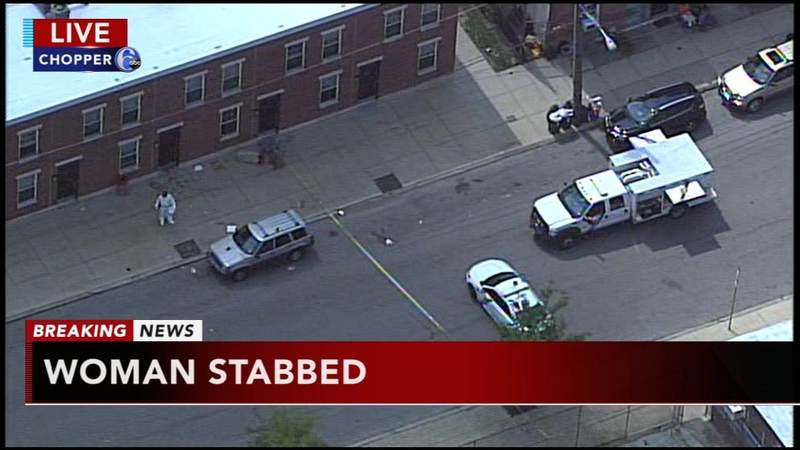 PHILADELPHIA (WPVI) -- Philadelphia police are investigating after a woman was found stabbed to death in the Parkside section.

That's where they found a woman between 35 and 40 years old stabbed multiple times.

Chopper 6 was over the scene after a woman was found stabbed to death in the Parkside section of Philadelphia on August 27, 2018.

Police say they have a suspect in custody, but that person's name has not been released.

The weapon has been recovered, police say.