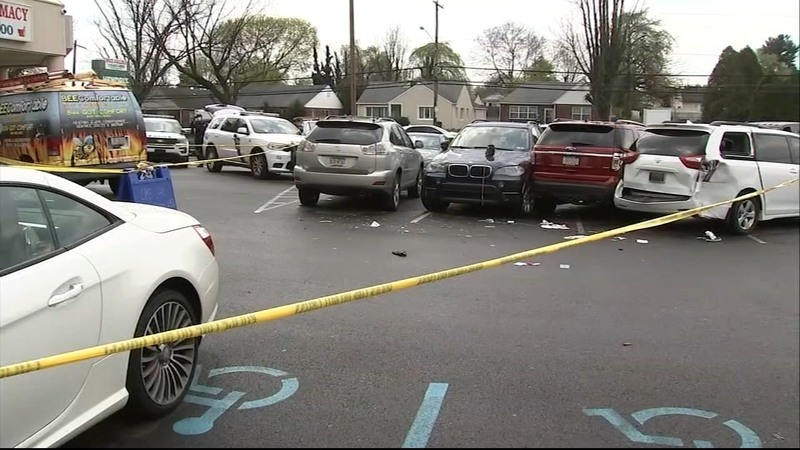 PHILADELPHIA (WPVI) -- A 75-year-old woman died Thursday after she was hit by a van in a parking lot in the Somerton section of Philadelphia, police said.

According to police, a man driving a Ford E250 van sped into the parking lot, hitting the woman and two parked cars.

"And we seen the poor woman (lying) underneath several cars that are squished together," said Gelena Brousalinski who operates the Better Health & Physical Therapy office in the shopping center.

The woman was taken to an area hospital where she was pronounced dead. She has not been identified.

"It just sounded like a bunch of banging, like cars screeching, tires screeching," said Randy, a worker at the therapy office.

The driver's son, Yuri Volosyuk, was a passenger in the van that struck the woman.

"My father's health, he's impaired in one eye and the woman stopped midway. She was just grabbing her bags from Wine & Spirits and my father struck her," said Volosyuk.

He says his 61-year-old father panicked after striking the woman, hitting the gas instead of the brake. He then crashed into two parked cars.

"Basically his foot slipped. And basically when you hit somebody, you hear something. He got very frightened," said Volosyuk.

After the crash, the driver was hospitalized. It's still unclear if any charges will be filed.