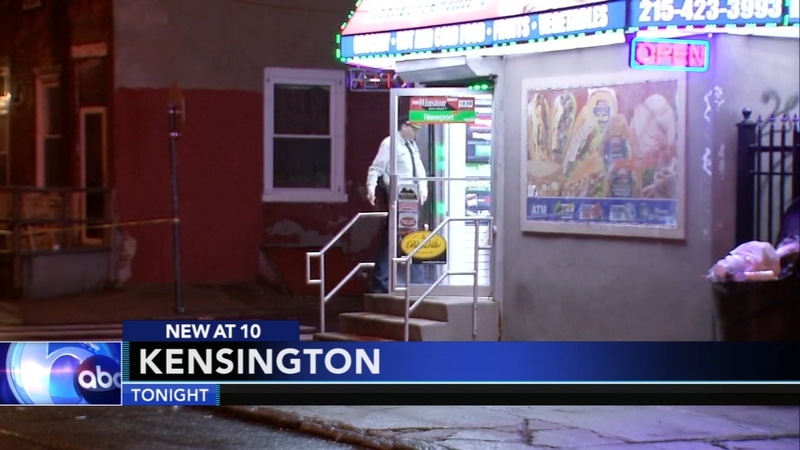 PHILADELPHIA (WPVI) -- Philadelphia police are investigating the murder of a woman in the Kensington neighborhood.

The victim was found outside a corner store laying on the ground. She had been shot once in the back.

Police say witnesses told them, the female was involved in a physical altercation with one or possibly two males outside the store.

The victim believed to be in her 20s or 30s was taken to Temple University Hospital and pronounced dead on arrival.

Police say one of the male suspects was in the store just moments before the altercation and shooting took place.

So far, there or no arrests.

Police say there is private surveillance video they will be reviewing.