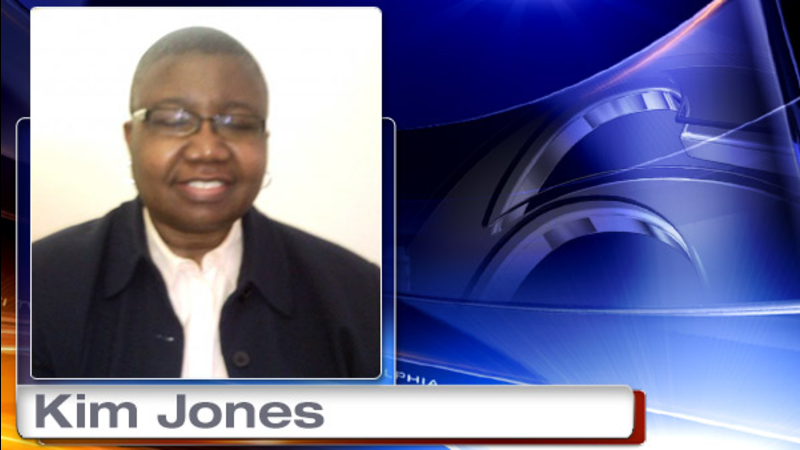 NORTH PHILADELPHIA (WPVI) -- Police are still trying to figure out why a woman was targeted when she was fatally shot in the head while waiting for the bus in North Philadelphia.

It happened just after 9:30 a.m. Tuesday at 12th and Jefferson Streets in North Philadelphia.

Police say 56-year-old Kim Jones was wearing headphones as she waited for the Route 23 SEPTA bus.

Authorities say it was her routine for years as she travelled into Center City to her job at the Turning Points for Children social service program on South 15th Street.

But this time, police say someone walked up from behind and shot her point blank in the back of the head.

Now investigators are trying to figure out who wanted her dead and why.

"We know she was targeted for whatever reason. We do not believe it was a robbery," Philadelphia Police Captain James Clark said.

Jones was a long-time program director at the social service agency where she was employed. Her co-workers are all stunned.

"It's unreal to us around here - devastating. I don't have any words - it's unbelievable. I'm still trying to process this," said Mary May Bardnard, co-worker.

Her boss says Jones' job at the agency was not the kind of job where she may encounter disgruntled or unhappy people.

"It just doesn't make any sense. It's just a waste, a terrible, terrible waste," said Mike Vogel, CEO of Turning Points for Children.

Investigators say Jones had been divorced from her ex-husband for over 25 years and recently remarried just before Christmas.

"Had a twinkle in her eye. Very, very happy lady. Just going to miss her so much," said Vogel.

"I believe Tuesday she was celebrating her 30 days of being married. I was fortunate to be invited to the wedding, she was very happy - so this is very disturbing," said Sanders.

"Kim was a person who would do anything to anyone in need. She was a caring, dedicated, hardworking - very dedicated to her family and to her church," said Barnard.

Meanwhile authorities are going through surveillance cameras to see if they captured images of a black heavy set man wearing dark clothing carrying a black duffel who was seen fleeing the scene.

Jones is Philadelphia's 14th homicide victim of the year.