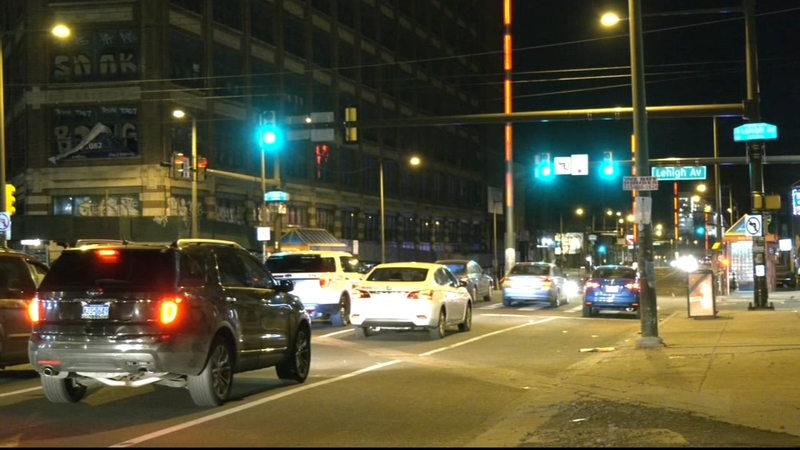 PHILADELPHIA (WPVI) -- A woman was struck and killed by a car Sunday evening in North Philadelphia, according to police.

The crash happened at about 9 p.m. at the intersection of Broad Street and Lehigh Avenue.

The woman was hit while crossing the intersection, police said. She was pronounced dead at the scene.

According to investigators, the driver of the car stopped nearby.