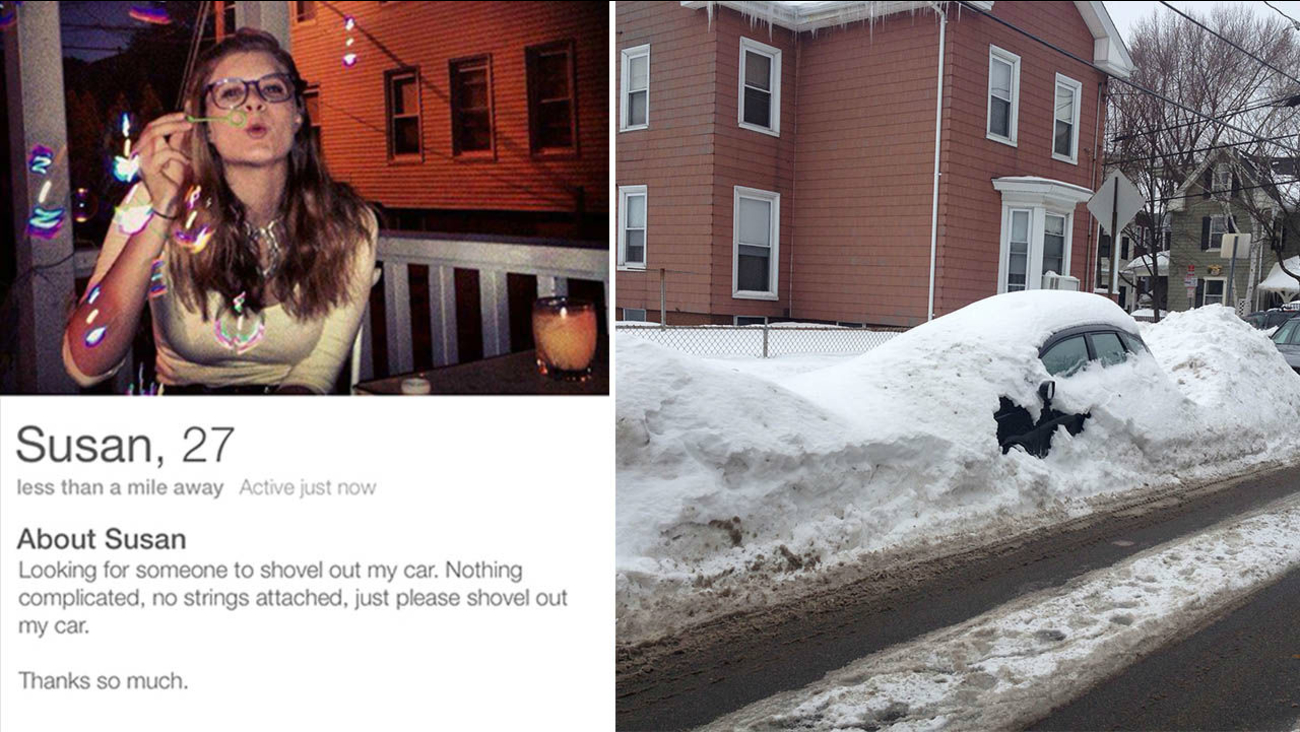 It may have been freezing outside, but one Boston woman proved that not all the guys on Tinder are cold-hearted.

Susan Zalkind, 27, is a writer for Boston Magazine. In February, Zalkind's Honda Fit was trapped under a huge pile of snow after a recent storm.

"At first, I was responsible. When it snowed, I shoveled. When my neighbor threw a pile on the hood of my Honda Fit, I didn't complain. Too much. But at least I still dug out my car," says Zalkind in her article on Boston Magazine's website.

When Zalkind proved no match for the snow, she tried a new method to free her car: Tinder.

"In less than 15 minutes, I got 11 matches and three offers," Zalkind writes." It probably helped that it was the Friday before Valentine's Day. I checked that my roommate would be home, and moved forward on a first come, first shovel basis."

But luckily Zalkind was able to find a Tinder Joe who was up to the offer. Although Zalkind had her doubts, she says that the 38-year-old man referred to as Ted did a very good job.

"He showed up with a shovel and an ice pick, and he did not kill me," Zalkind writes. "He got to work shoveling out my car while I picked up a coffee and a scone for him. I don't live very close to a cafe, so I was gone for about 45 minutes. When I came back, my car was mostly shoveled out."

Zalkind's car would later become trapped in snow again after another storm hit. However, Zalkind's next meetup with a Tinder shoveler named Brian wasn't as successful as her first go around.

"The next afternoon Brian came over and got to work," Zalkind writes. "Sparks weren't exactly flying, but I tried to keep an open mind-that is, until he told me he had a wife."

You can read Zalkind's full story of her Tinder snow-shoveling adventure here.