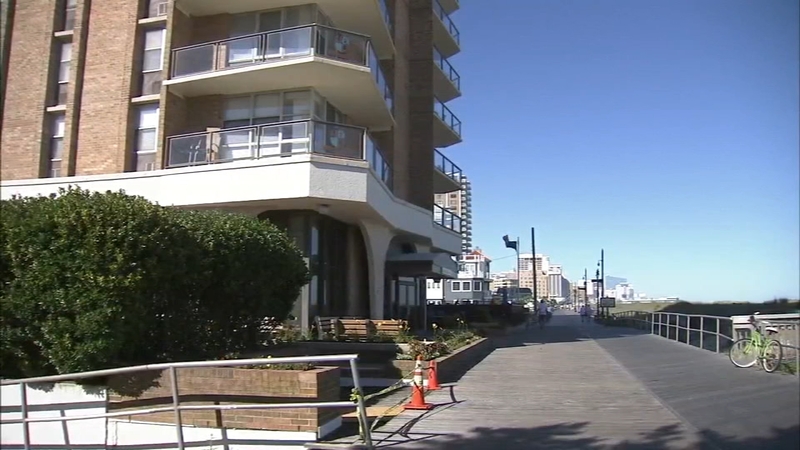 VENTNOR CITY, N.J. (WPVI) -- The two women found dead over the weekend in Ventnor City, New Jersey have been identified as a mother and daughter.

The bodies of 87-year-old Elaine Rosen and 67-year-old Michelle Gordon were found around 10:25 a.m. Sunday inside the Vassar Square Condominiums at 4800 Boardwalk.

Both were homicide victims who apparently died of blunt force trauma, the prosecutor's office said.

Autopsies for both victims are scheduled for Tuesday.

No arrests have been made, but Prosecutor Damon Tyner said this is believed to be an isolated incident and there is no danger to the public.

Action News spoke with some residents of the condos who said the incident occurred on the 8th floor of the building.

One resident said he has lived in the building for decades and something like this is highly unusual.

"Residents are all family. And so for something like this - it's really weird," said Jeff Goldberg. "About 10:30 this morning there were a lot of police officers - actually fire department- all the elevators came down to the ground floor so nobody was allowed upstairs and then slowly we heard there was an incident in the building."

Residents Connie Hill and Randi Flexner said the elevators are what tipped them off to something being awry.

"The elevator. We couldn't come down the elevator and we had to take the steps down. There were just police everywhere. The fire department was here. Tons of police," they said.