Check out these women-owned Philadelphia restaurants 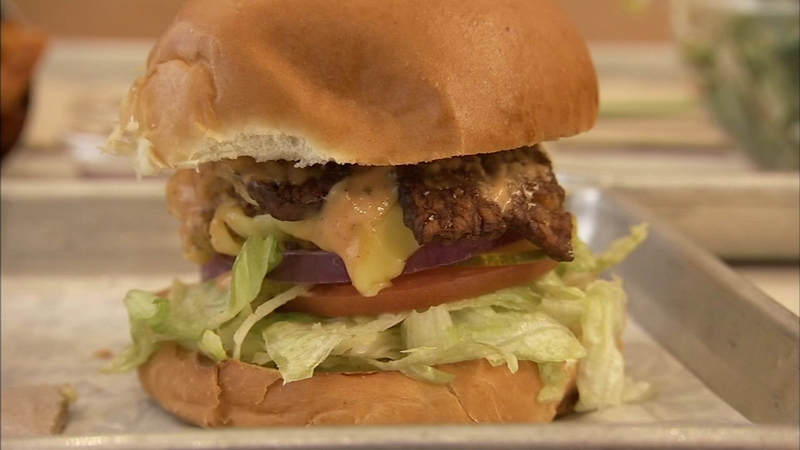 Check out these women-owned Philadelphia restaurants

Chances are you know one, and a strong one at that.

Here are some thriving businesses run by that womanly force that you know so well.

Nicole Marquis, is the brains behind the Hip City Veg vegan empire that started right here in Philadelphia.

While in college, she moved to California to pursue her love for the arts and theater, but was derailed shortly after adopting a vegan lifestyle. In 2009, she had her father try her new vegan diet and she says the changes in him were undeniable. In just eight weeks he lost 25 pounds, got off all four of his medications, achieved normal blood pressure and he put his Type 2 diabetes into remission!

That was all the convincing Nicole needed, and by 2012, she had opened the doors of her first Hip City Veg location in Rittenhouse Square. She has since expanded to DC and New York with nine Hip City locations and three new ones on the way...and two restaurants, the cocktail bar Charlie Was A Sinner and the Mexican spot Bar Bombon.

The food is so delicious, you probably will forget that you're eating plants. The bacon cheeseburger would fool anyone, and the buffalo bleu crispy chicken sandwich had me stunned. And get this, all the packaging, napkins, forks, knives, straws and cups are made from plants too!

Her father opened the spot in 1978, and over the last 13 years, Bridget has taken on the reins in management and transitioned to owner.

In 2019 she opened a new spot, Crybaby Pasta, a modern pasta and wine bar. I really enjoyed, the grilled cheese and tomato soup, the cheesy mushroom campanelle pasta, the mile-high meringue pie, and their famous juicy burger.