Teen dies after struggle with staff at Wordsworth Academy 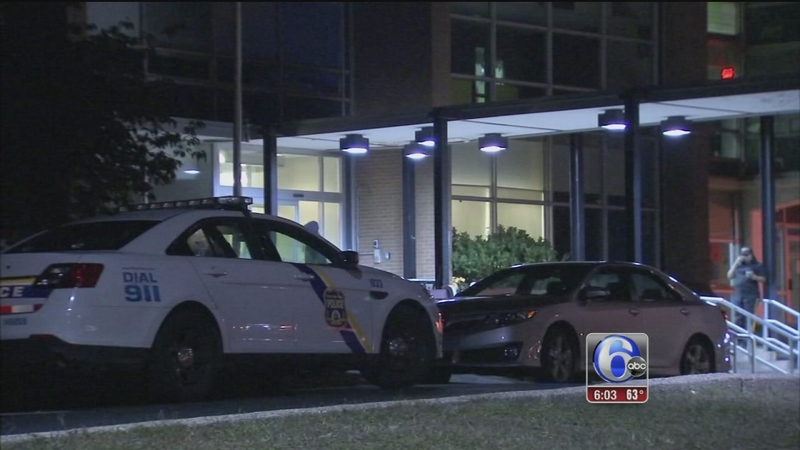 WYNNEFIELD HEIGHTS (WPVI) -- A 17-year-old boy died after a struggle involving at least three staff members at Wordsworth Academy in the Wynnefield Heights section of Philadelphia.

Police were called to the building on the 3900 block of Ford Road late Thursday night.

Detectives say faculty searched the student's room for something. After they left, he began barricading the door. Staff members tried to stop him, but the teen started striking them.

Police say during the attempt to gain control, the teen lost consciousness and was pronounced dead at the scene. Sources also say that the teen was placed into a headlock.

Authorities have not ruled this a homicide, and are waiting for the medical examiner to see if the teen had any pre-existing conditions.

Concerned parents looking for answers on Friday, something they say they haven't been getting.

One of those parents, Gwen Timmons, said, "I've heard stories like this in the past, and when he was referred here. Obviously I did my research, and there were horror stories from other programs."

In a brief statement issued Friday morning, school officials said, "Although we are shocked and saddened by this event, it is an ongoing investigation, and we are unable to comment further at this time."

The Wordsworth Academy provides students with a variety of services. Some, like the student who passed away, live at the school full-time.

However, some of the parents we spoke with say, after this, they're pulling their child out as soon as they can.

A parent told us, "I'm mortified. I can't believe that this happened. And this is probably the last day my son is going to be here."

But not all parents feel the same. Another mother says the school has been working wonders for her 10-year-old.

She tells us, "I talked to my son. He's not scared, he doesn't feel threatened. He wants to stay here."

Police have not released the name of the teen who died. Sources say he is from central Pennsylvania.

According to its website, Wordsworth Academy services some 2,000 children.