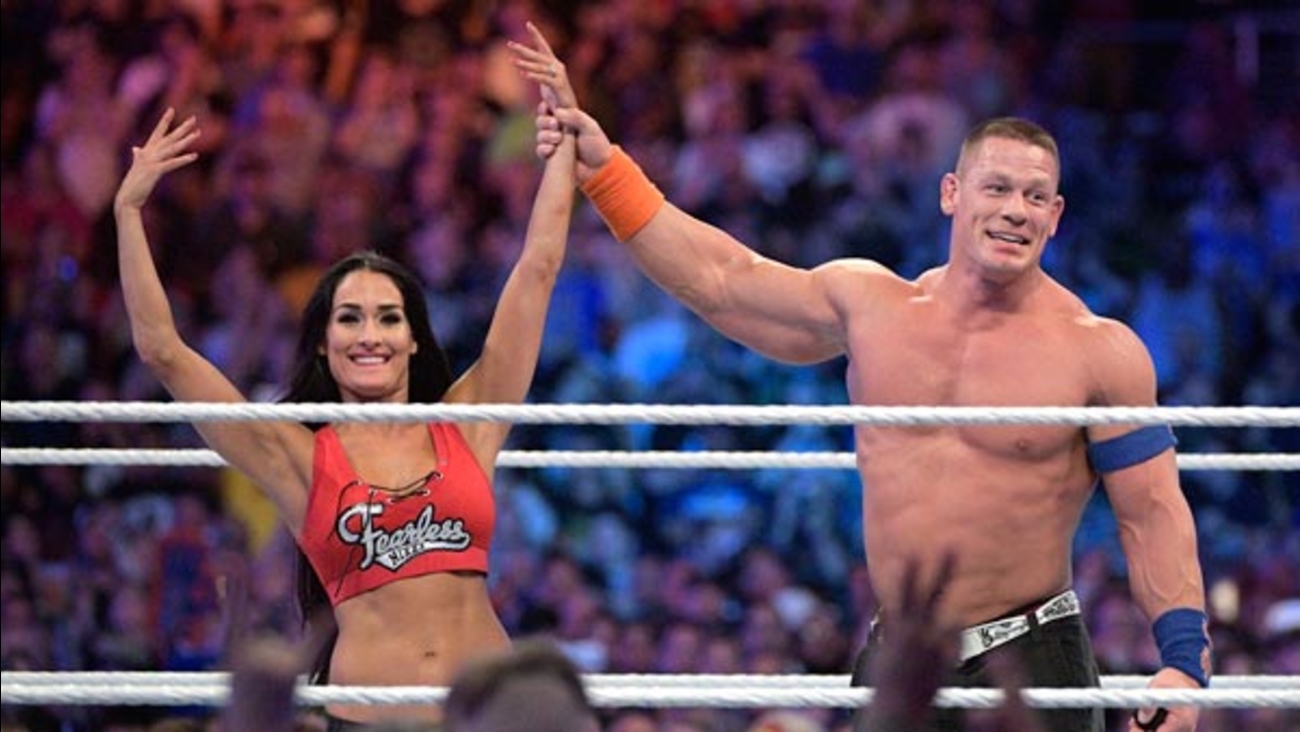 WWE Superstars John Cena, right, and Nikki Bella show off the engagement ring after she accepted his marriage proposal during WrestleMania 33 on Sunday, April 2, 2017, in Orlando, (Phelan M. Ebenhack/AP Images for WWE)

PHILADELPHIA (WPVI) -- WrestleMania is over, but in WWE, the season never stops.

In fact, the clock is already ticking towards next year's WrestleMania in New Orleans.

It has already been announced that the road to WrestleMania 34 will begin in Philadelphia when the Wells Fargo Center hosts the WWE Royal Rumble pay-per-view event in January 2018.

But pro wrestling fans will not have to wait until next year to see WWE action in Philadelphia.

That's because on Sunday, July 23, WWE will be bringing one of its newest pay-per-view events to Philadelphia - Battleground.

There have only been four WWE Battleground events in history.

This was the last event before the WWE split into two separate brands - Raw and SmackDown Live, each with its own roster of superstars.

This time around WWE Battleground will be a SmackDown Live exclusive, meaning you will only see wrestlers who are on WWE's Tuesday night show roster.
Right now, the SmackDown Live roster consists of stars such as John Cena, A.J. Styles, Randy Orton, Alexa Bliss, Bray Wyatt, The Miz, Nikki Bella, and a recently debuted Shinsuke Nakamura.

However, next week rosters could shift due to what WWE Chairman Vince McMahon calls a "Superstar Shake-up."

In addition, there could be a WWE Draft by the time we get to July 23. So, as of now, it's anyone's guess who will be on the card.

Could a WrestleMania be next for Philadelphia?

Tickets for WWE Battleground go on sale on Saturday, April 22 at 10 a.m. through WellsFargoCenterPhilly.com, by phone at 1-800-298-4200, or in person at the Wells Fargo Center box office.