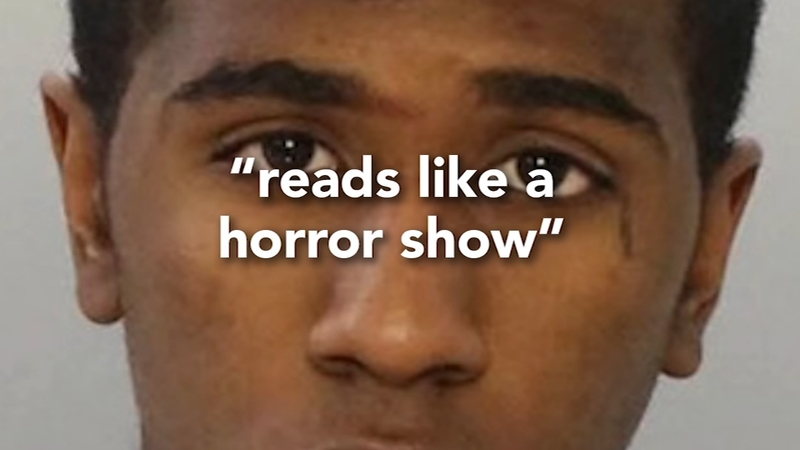 Johnson has been arrested for nearly a half dozen assaults and has a history of allegedly threatening the lives of residents and staff at facilities where he's been placed in the DHS system, the source said.

Johnson is accused of killing 20-year-old Jimmy Mao in late December while the two lived in a foster home in the 5800 block of Angora Terrace.

He allegedly choked and stabbed Mao in his bedroom, then stuffed his body in a duffel bag and tossed it down a hill around the corner.

Sources say Johnson was immediately a suspect in Mao's death, yet DHS placed Johnson in the foster care of 64-year-old Renee Gilyard.

Police say three days later, Gilyard was dead and Johnson was on the run. Gilyard was also stabbed to death and investigators believe the motive was robbery.

On a conference call with reporters on Friday, DHS refused to answer why Johnson was placed in Gilyard's care, citing privacy laws.

DHS said it outsources foster placement to roughly 30 third-party agencies. The department says they are notified of the criminal history of juveniles and that information is supposed to be relayed to potential foster parents.