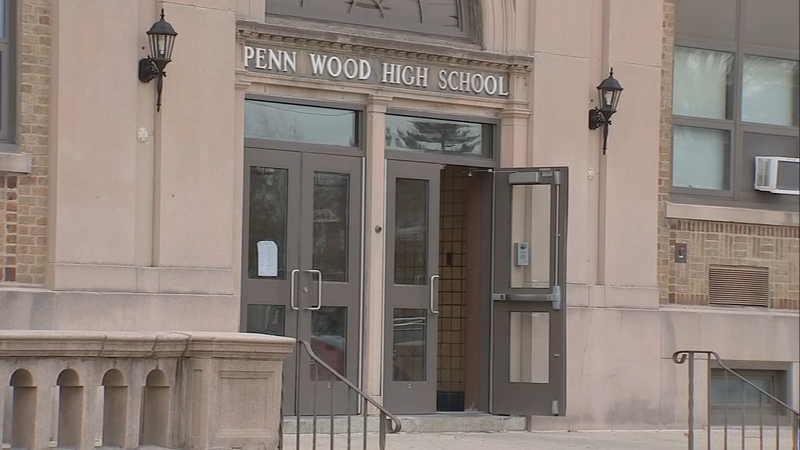 The mass shooting threats made on Instagram Thursday night led to increased police presence at every school in the William Penn School District, a criminal investigation, and unease for parents and students.

"They really did something wrong, they scared a lot of people. In today's times you don't know if it's real or not," says Sherria Ellis.

On Thursday night, Sherria Ellis' daughter showed her a post on Instagram reading, "We are aiming to kill a lot people of people, this is not a test."

It was one of three threats against students at two schools in the district.

The Yeadon police got word, and after messaging the users on Instagram, discovered the culprits were young girls.

"There was multiple people involved, at least two. This may have been a result of a fight, or some kind of an incident between the people posting the threats and those in the schools," said Chief Anthony Paparo.

Once the threat was deemed to be fake, the William Penn School District sent out a robocall to parents asking them to make their own judgment when sending children to school Friday.

Sherria Ellis, who drives a school bus, said she and other parents weren't willing to take the chance.

"I barely had any students for the high school. I only usually have about 40 or 50 students, I only had 13. In the middle school, I maybe had about 12. It really scared a lot of people," said Ellis, a mother of two high schoolers.

Yeadon police say the charges for the juveniles could range from unlawful use of a computer to making terroristic threats. Authorities stress that the goal isn't to throw the book at the young girls, but to have them evaluated and enrolled in counseling.
Report a correction or typo
Related topics:
delaware countyeducationschool threat
Copyright © 2021 WPVI-TV. All Rights Reserved.
TOP STORIES
Frontier Airlines: 'We are supporting' crew who restrained passenger
New details revealed in crash that killed 4 family members
"Hands are tied" dealing with teens at NJ shore, police captain says
450,000 bees found inside walls of Montco home
Man dies after shooting in parking lot of gentlemen's club
Governors in NJ, Pa. call on Cuomo to resign: 'We are appalled'
Not all of MLK Drive reopening to traffic; closures remain for years
Show More
School board: Teachers, staff must be vaccinated or get tested weekly
AccuWeather: Some sun inland today, showers at the shore
2 injured in Conshohocken incident
Obama scales back 60th birthday celebration due to COVID concerns
Viral Video: Orangutan wears sunglasses zoo visitor drops
More TOP STORIES News