The chief, who has been on the job for five years, says he's been offered a three-month severance, which he declined.
WPVI 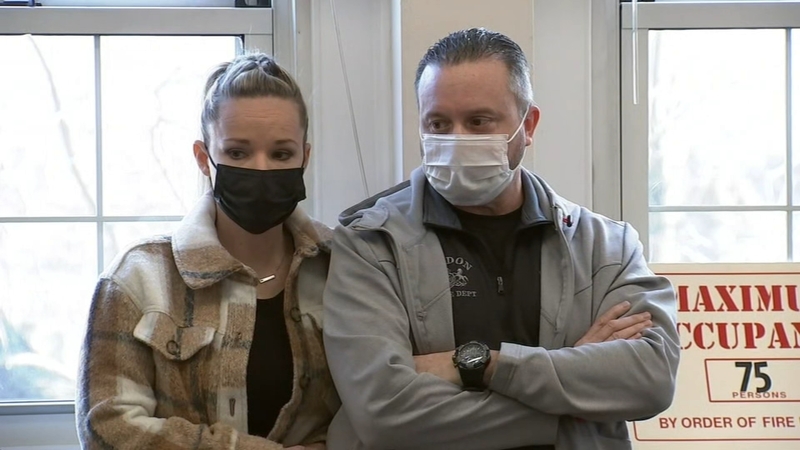 YEADON, Pennsylvania (WPVI) -- Officials in Yeadon, Pennsylvania held another public meeting on Thursday to discuss the fate of its current police chief.

The controversy centers around if Chief Anthony Paparo should keep his job.

The chief, who is white, has argued his job is on the line over his race.

"When people say that they want a Black chief because it's a Black town, I didn't want to believe it," said Paparo during a community meeting on Monday night.

A controversy is brewing in Yeadon, Delaware County over the future of the borough's top cop.

But the borough council president says that's not the case.

"There is a $387,000 grievance that the borough has had to pay in absorbent pay, in violation of the FOP contract, where he has overused bankable hours for part-time officers after being warned," Borough Council President Sharon Council-Harris has previously stated.

Paparo has refuted those claims, citing the unrest two years ago and the ongoing pandemic.

"I will put the lives and the safety of the residents of this town that I call family before worrying about a bank of hours," Paparo added.

The chief, who has been on the job for five years, says he's been offered a three-month severance, which he declined.

SEE ALSO: Yeadon police chief's job is in jeopardy. Is it over race or money?

During Thursday's meeting, a decision was reached to hold a future hearing to allow the chief to answer to the allegations.