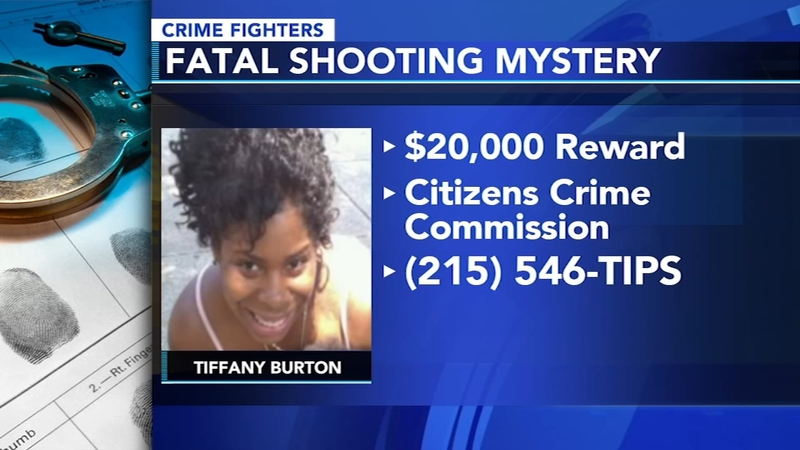 PHILADELPHIA (WPVI) -- A young woman is gunned down in the middle of a Southwest Philadelphia road.

Now detectives are asking anyone with information to come forward.

On Thursday, February 1, 34-year-old Tiffany Burton was in the area of the 7000 block of Wheeler Street in Southwest Philadelphia.

Santo Montecalvo of the Citizens Crime Commission said: "Upon their arrival they found her lying in the highway with multiple gunshot wounds."

Burton was taken to the hospital and died just over two hours later.

"Somebody has to have seen something, there were multiple shots at this woman. All we need is some information, somebody to pick up the phone call 546-TIPS, the city of Philadelphia is offering up to $20,000 reward for information that leads to the arrest and conviction of this individual," said Montecalvo.

"To me its justice if they get caught," said Montecalvo.