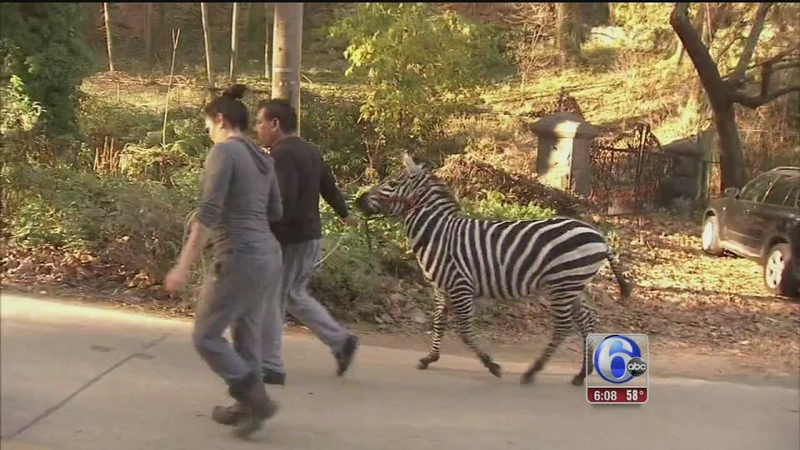 PARKSIDE (WPVI) -- On its last day in town, officials are trying to figure out how two zebras with the UniverSoul Circus got loose from their site at Fairmount Park.

The animals were seen gallivanting on Sunday in West Philadelphia.

They were spotted in a Planet Fitness parking lot, then running down a neighborhood street and even at a KFC on City Avenue. 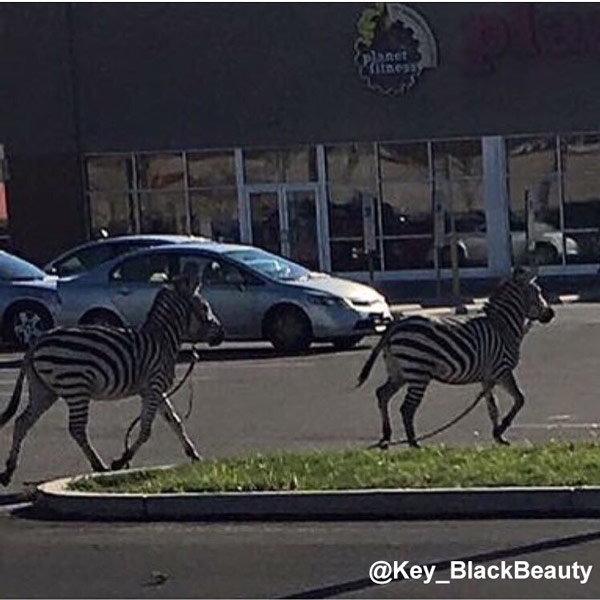 Zebras in custody. They are already sporting old-timey prisoner getup ahead of trial and sentencing. Have faith, fellas.

Witnesses took to social media to chronicle the bizarre scene.

Twitter user JahMari_Couture posted a Snapchat video of the incident.

Look here's a little video of them running 😩 pic.twitter.com/woLShf5lZV

Action News cameras were on location as officials captured the zebras, 30 minutes after their short-lived escape.

So how did they get out?

The circus tells Action News that's what they're working to uncover.

But that's little comfort to protesters with Animal ACTivists of Philly.

The group tells Action News the circus has contracts with these animal acts, and are not surprised this happened.

Police say two zebras that escaped the circus in West Philadelphia have been captured.

Some say their brief escape could have ended worse.

"They saw a chance to escape, took a run for it and then ended up in traffic, and people probably honking at them, almost causing accidents," said Marianne Bessey with Animal ACTivists of Philly.

The incident comes weeks after a UniverSoul Circus trapeze artist was briefly hospitalized after falling into the crowd during an Oct. 31 performance.

Two zebras reportedly got loose from the nearby UniverSOUL Circus on Sunday.

In this case, were no reported injuries, but activists like PETA are calling for the circus to retire animal acts, and for the U.S. Department of Agriculture to investigate the incident immediately.

Yet again, animals have escaped a circus and been chased through a city they never should have been taken to in the first place. UniverSoul needs to retire its animal acts immediately, and all kind families should refuse to buy a ticket to any circus that exploits animals. PETA is asking the U.S. Department of Agriculture to investigate immediately to ensure that the animals are receiving veterinary care and have safe and proper enclosures.