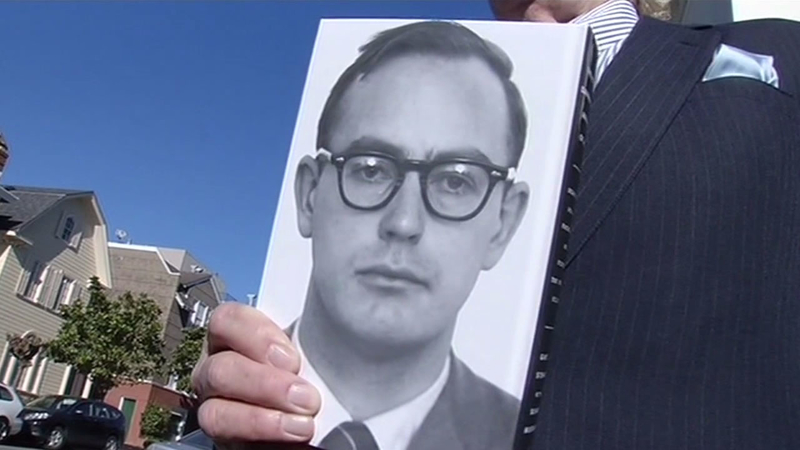 NAPA, Calif. -- The Zodiac Killer terrorized the Bay Area in the late 1960s. Police say he killed five people, although he claims to have killed 32 others. He was never identified or caught, but now there's a new theory on who he is.

In September of 1969, a masked man stabbed two people at Lake Berryessa in Napa County, killing one of them. Police would later confirm that this was a Zodiac killing.

At the time, Los Angeles publicist Chris Harris was making a documentary about the Zodiac and he went to Napa. He was sitting in a diner not far from another customer.

"He turned around and he said, 'You have no idea what it's like to have to kill.' I didn't say a word. I sat there in terror," Harris said.

Decades went by and then last year, the book "The Most Dangerous Animal of All" was published. It was written by Gary Stewart who claims his father Earl Van Best was the Zodiac.

"This is the man who was in that diner," he said.

Harris says he has further proof that best is the Zodiac. In October 1969, cab driver Paul Stein was shot and killed in San Francisco.

Days later, a local newspaper received a letter from the Zodiac saying he did it, along with a piece of a bloody shirt. Police also found finger prints on that cab that may belong to the Zodiac.

"On his right index finger it definitely shows he has a scar," Drouillard said.

The Zodiac left his fingerprints on the cab and that same scar on the right index finger is there.

The Zodiac Killer left his fingerprints on a cab.

San Francisco police spokesman Albie Esparza says the book's author did speak with investigators before, but it went nowhere.

"The information we obtained might not have the evidence that we need on it or it could be other factors where we couldn't make that connection," Esparza said.