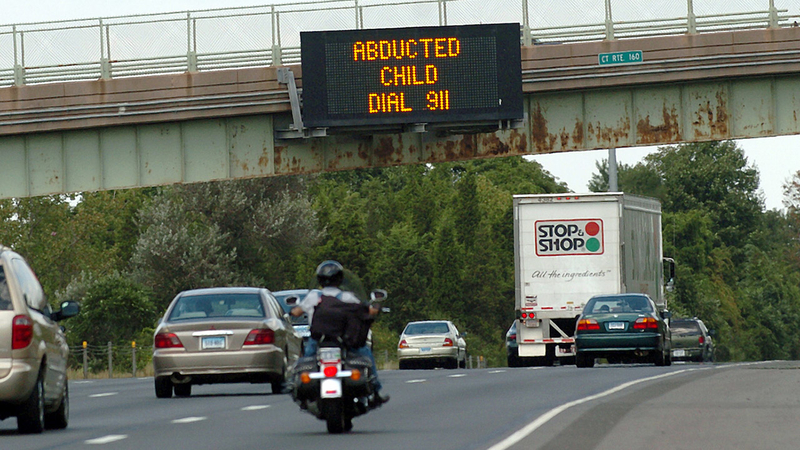 PHILADELPHIA -- It's happened to all of us: you're on the train or waiting in line for coffee when suddenly every phone within earshot starts howling.

You've heard that noise before, and you know exactly what it means: an emergency alert. In some cases, it could be an Amber Alert warning of a child abduction emergency. Here's a look at why and how you get those critical, life-saving notifications on your phone.

HISTORY OF THE AMBER ALERT

It all started more than two decades ago with the disappearance of Amber Hagerman, a 9-year-old who was abducted from her Dallas-area neighborhood in 1996 as she rode her bike with her brother. Hagerman's naked body was later found in a creek just miles from her home, her throat slashed.


While nobody was ever convicted of Hagerman's murder, the tragedy did reveal the lack of an early warning system during a child abduction. A 1997 U.S. Department of Justice report found that most abducted children who are murdered are killed within three hours of their disappearance. In that critical time period, there was no streamlined procedure to quickly communicate information about a child's disappearance with local media outlets.

In the wake of Hagerman's death, local authorities worked with Dallas television and radio stations to establish the Amber Plan, a system to quickly disseminate critical information about child abductions. Other jurisdictions around the country followed suit, and Pres. George Bush in 2002 tasked U.S. Attorney General John Ashcroft with appointing a National Amber Alert Coordinator to develop the network around the nation.

Over the next several years, state and federal officials worked to establish the infrastructure necessary to operate the alert system, which was operable in all 50 states by 2005 and continued to expand to Puerto Rico, the U.S. Virgin Islands, border areas in Canada and Mexico and Indian Country in the following years.

"It's still very frustrating that we never made an arrest in the case," Mike Simonds, the investigator who was in charge of Hagerman's case, told ABC News in 2010. "But the legacy Amber left is very, very important. There was a lot of good that came out of a very tragic situation."

Since its inception, the wider Amber Alert program is credited with saving more than 900 children, according to Department of Justice statistics.

If an Amber Alert is issued in your area and you think you see the child in question or the suspect, call 911 immediately but do not attempt to take police action yourself.

HOW AMBER ALERTS ARE SENT TO CELLPHONES

Amber Alerts on cellphones are a relatively recent innovation. In 2013, the federal government established the Wireless Emergency Alerts (WEA) protocol, which uses push alerts like the news alerts you get from a news app instead of text messages to communicate important information.

During a child abduction emergency (or even a severe weather event or civil emergency), local officials send critical information to the Federal Emergency Management Agency, who forwards that information to participating wireless carriers like Verizon, AT&T and Sprint that push the alerts to customers in the impacted areas. The alerts are geo-targeted, so a Kentucky resident who is visiting Philadelphia would get alerts issued for the Philadelphia area during her visit, for example.

In order for the Pennsylvania Amber Alert plan to be activated, the abducted child must be younger than 18 and believed to be in imminent danger. Law enforcement also considers how long a child has been missing, the reliability of the witness who reported the child missing and how much information is available about the child's appearance.

AlertPA is a free service that allows Pennsylvania residents to have Amber Alerts and other personalized information like weather alerts and health notifications sent directly to them during an emergency.