No charges for mother of child left with a stranger in Kensington, police say 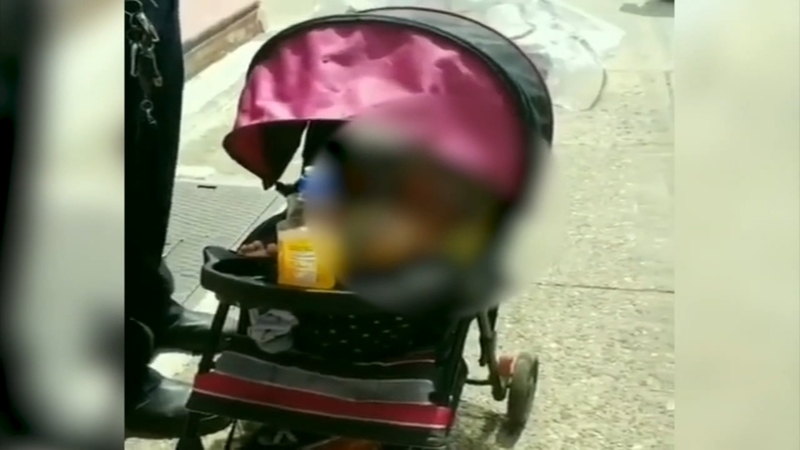 No charges for mother of child left with a stranger in Kensington, police say

PHILADELPHIA (WPVI) -- Philadelphia police have spoken with the mother of a child they said was abandoned in Kensington over the weekend and said they are not charging her with any crimes at this time.

Investigators said the one-and-a-half-year-old was left with a stranger around 7:30 a.m. Saturday morning in the area of McPherson Square Park.

"We want to track the child's whereabouts from the time mom, the immediate time before the mom drops the child off, the time she's with a concerned citizen and the time police are flagged down," said Captain Sekou Kinebrew.

The stranger, who police have not identified, claims they had the child until about 1:30 p.m. before calling police when the mother did not return.

When police got custody of the child, she did have some cuts and scrapes to her face. Authorities said at this point they do not know how she got those injuries.

Police said they did reach out to the public initially to help find out who the mom and child were, and they quickly got an answer.

Police said once the mother was located, she was taken to the Special Victim's Unit where authorities say she was cooperative and appeared to be in good health. She was ultimately released.

"Special Victim's still has a lot of work to do and before the present these facts to the District Attorney's office for review," Kinebrew said.

And as far as Philadelphia's Save Haven Law which can generally protect a parent from prosecution, would not apply in the case as the child was not a newborn, and was not left with a hospital or police.

"If you're feeling desperate and you don't know what to do with your child, seek out some help, just don't leave your child somewhere," Brandt added.

Police said the child has been reunited with other members of the family.