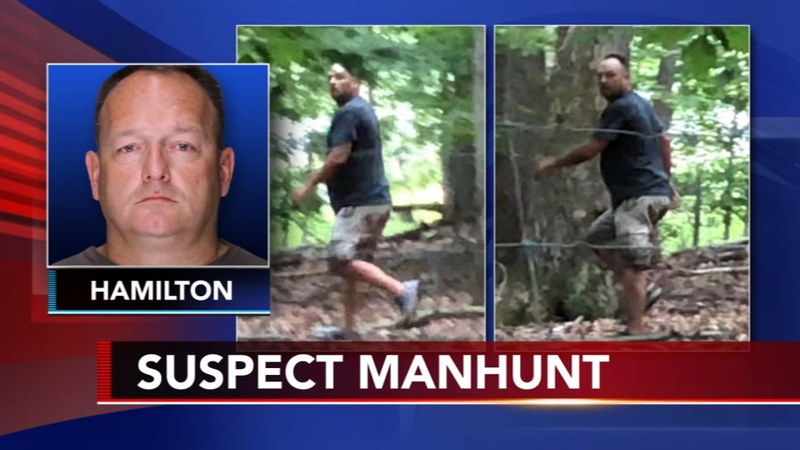 SOLEBURY TWP., Pa. (WPVI) -- The manhunt for a suspected child predator from Bucks County has turned to Delaware.

He was inside a stolen white 2016 Toyota Avalon, bearing PA registration number PD3-759P.

The vehicle was reported stolen by its owner from a residence in Solebury Township, Bucks County.

Police have been looking for Hamilton for five days. He is wanted for raping two young girls, who are sisters.

"He is a top priority right now," said Robert Clark of the U.S. Marshals.
On Wednesday, police announced the arrest of a woman who they say was hiding Hamilton in a Southampton, Pa. home.

Meredith Custodio was arrested for hindering apprehension and conspiracy, among other charges.

"He had a warm spot to get cleaned up and change clothes, what have you. That's why he stayed in this area," said Chief Dominick Bellizzie of Solebury Police.

Police believe Custodio, 58, allowed David Hamilton to hide out in the home of the 78-year-old woman she was supposed to be watching. He may have been there as recently as Tuesday.

After a warrant was issued for his arrest in Lower Southampton Township last week, Hamilton was spotted on a bicycle in Trenton, New Jersey, and later he was found in New Hope, Bucks County. 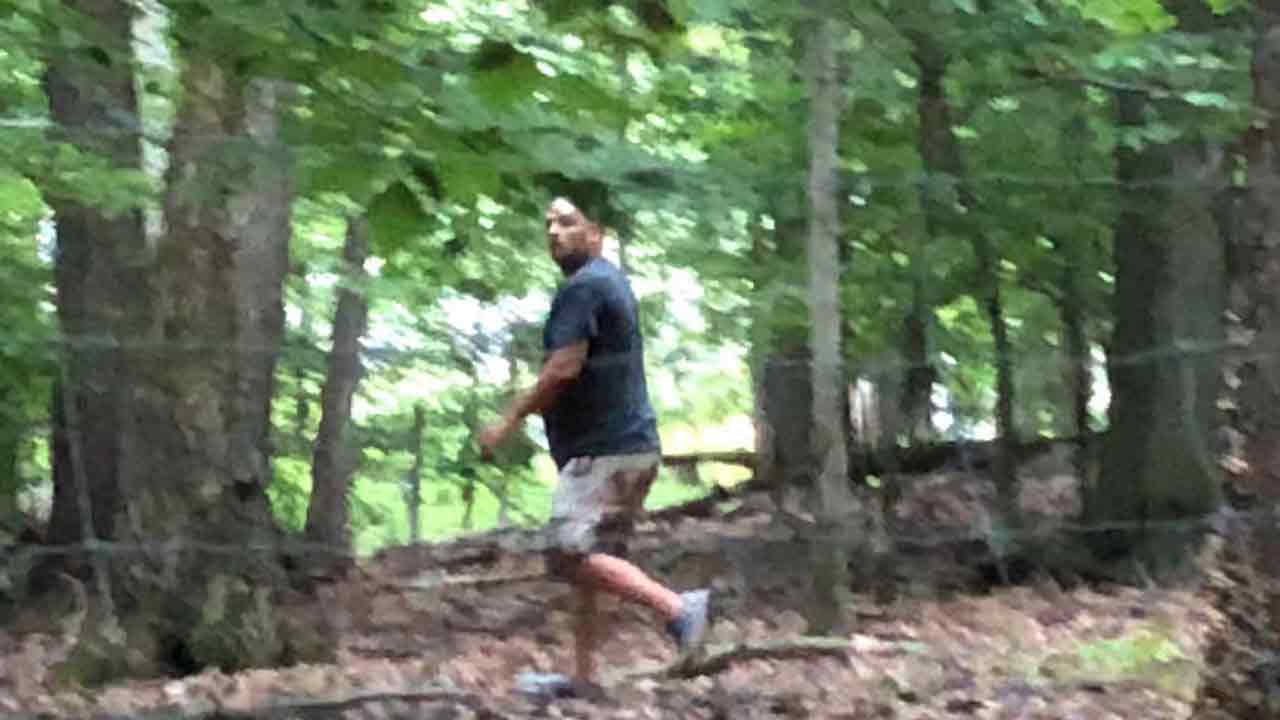 "When a New Hope police officer tried to stop him, he was involved in a fight, he tried to take that officer's gun," said Clark.

Hamilton managed to escape, and was later photographed by a hunter in a wooded area nearby.

Hamilton has a military background, with 20 years in the Army. Police say he may be camping in a white tent with a red top.