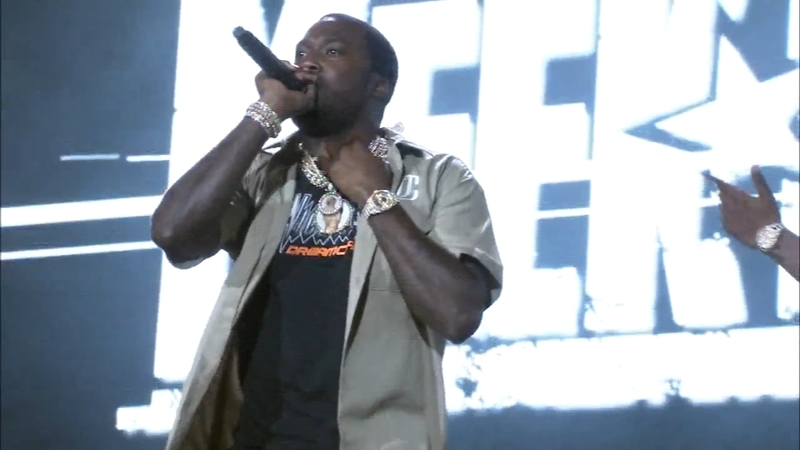 PHILADELPHIA (WPVI) -- The Benjamin Franklin Parkway was packed Saturday with music fans for the first night of the Made in America Festival.

Meek Mill revved up the crowd as one of Made in America's headliners. He was followed by Post Malone, the last act tonight.

Meanwhile, Jay-Z who started the event was watching from the side of the stage with Beyoncé.

The Philadelphia rapper is one of the big draws at the two-day ticketed event on the Parkway.

The crowd swelled by the time the big acts began performing. Hundreds filled the Parkway.

The gates opened at 11 a.m. Saturday with returning fans.

Anisa Berkowitz of Northeast Philadelphia said, "I come every year actually. I'm such a festival person music that's the vibe everything coming together."

Some came from as far as Florida. Five stages set up across the Parkway had deejays and musicians playing throughout the day.

There were rides and food.

This is the seventh Made in America with Philadelphia as the backdrop.

Some say when they heard the city decided to keep the event, they bought tickets

Yuriy Stolyarvhuk of Warrington said, "My friends have gone every year, the artists, the fact that I do love music, festivals, culture, and the vibe."

Soulhail Kandil of Point Pleasant added, "First time actually. Some other Labor Day Plans fell through and we're looking for something to do and Made in America came through."

And tonight, if you did not have a ticket, it was no problem. Some fans were fine with listening from Pennsylvania Avenue.

Sunday, Nicki Minaj is one of the headliners.