WPVI
By Bob Brooks
TREVOSE, Pa. (WPVI) -- Family and friends gathered Sunday to say a final farewell to a Marine killed in a helicopter crash in California earlier this month.

Marine Captain Samuel Schultz will be greatly missed. Those who he served with are honoring his life and supporting his family.

"We're very sorry for their loss and we all loved Sam very much," Captain Mickey Taylor said.

"I hope they all know how much we loved Sam and we're very sorry," Captain Jeffery Homza said.

He gave the ultimate sacrifice to our country during a training mission in Southern California when his helicopter crashed. He and three others were killed.

His fellow Marines described a captain who had a certain sense of humor.

"He was a character as anyone can tell you he had a smile on his face and could really brighten up a room," Taylor said.

They also remembered him as a dedicated Marine pilot who loved his job.

"He was also a dedicated professional at his job and he's someone that I'll always remember and look up to," Taylor said.

On Friday, a procession escorted Schultz from Dover Air Force Base to the funeral home.

Captain Stephen George and his wife Sara had Captain Schultz in their wedding. They say it was an honor.

"He was a fun loving guy. That's what I remember about Sam, he was always making jokes and having fun. And he was the guy you wanted to be around and someone to life up your spirits," Stephen George said.

"He was a sweet guy and always wanted to have him around, always a good time when he was with you," Sara George said.

Schultz grew up in the Huntingdon Valley, Montgomery County. He graduated from Abington Senior High School then from Penn State before joining the Marines and becoming a pilot. 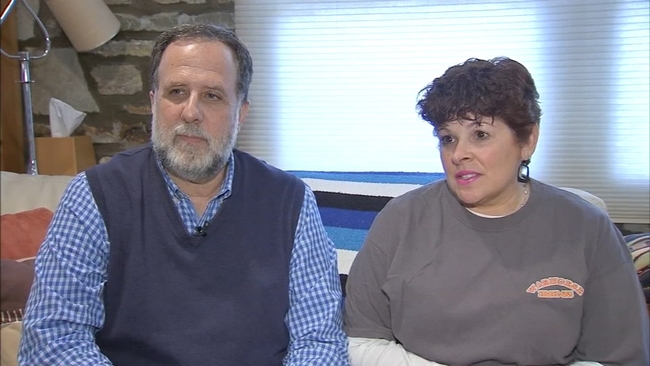