No heat for residents, PGW says building owner to blame 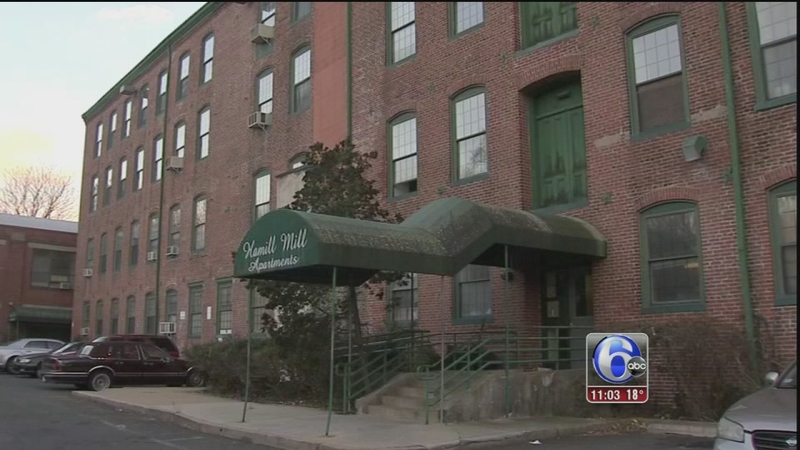 No heat for residents, PGW says building owner to blame

GERMANTOWN (WPVI) -- A Germantown developer, who Philadelphia Gas Works says owes it a substantial amount of money, has left his tenants out in the cold with no heat in their apartments.

"They didn't pay their bill and they're getting rent from everybody, but there's no heat in the building," said Leonard Mason, resident.

Leonard Mason is one of the 20 residents at the Hamill Mill Apartments, located on the 200 block of East Church Lane, who has been without heat for months. Up to this point, they tell us they've been able to get by, but now it's bitterly cold.

"There's no heat in this building. ... My sister has cancer, and for the third time her lung cancer is back. She's getting ready to start chemo and radiation," said Bobby Burns, resident.

Residents say managers did come around Wednesday knocking on their doors.

"They asked everybody to leave for a couple days, but I'm not leaving because if you leave somebody will break into your apartment. Look, the door doesn't even lock," said Mason.

The gas is supposed to be included in the rent money paid and subsidized by PHA. PGW tells Action News the property is owned by Germantown developer Emanuel Freeman and his wife, Emma.

PGW says they have consistently failed to pay for gas used at the property with the bill now reaching almost $60,000.

In a statement, PGW says it has tried to work out payment plans, but "Unfortunately, we have not been successful in our efforts and Hamill Mill Corporation has not agreed to the terms for restoration of service."

Meanwhile, a manager who would speak to us only through a door speaker box says they're still trying to work things out.

"In the meantime, we're telling folks don't stay here if you're cold," said the manager.

The manager says PHA did hand out vouchers for residents to stay somewhere else, but some residents don't want to leave for fear someone will break into their apartment and steal their belongings.