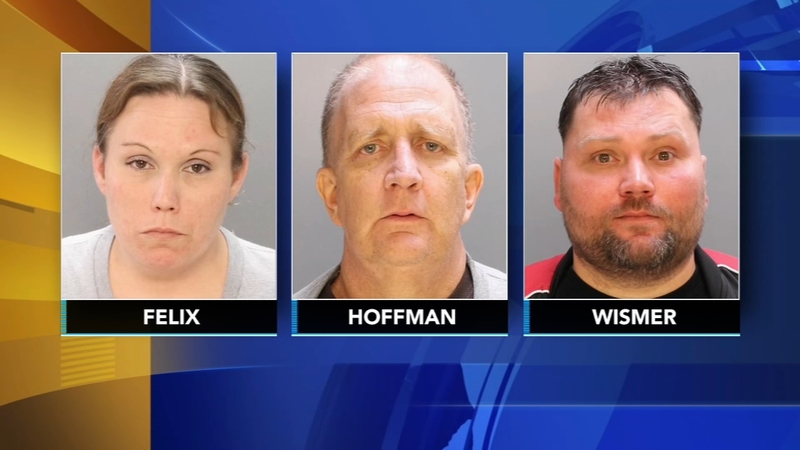 A house located in the Logan section of Philadelphia means everything to the woman who lives there. But it is falling apart due to damage from a storm last fall. Her insurance company cut her a check for thousands of dollars but she said she never saw a dime.

The 69-year-old has lived in her home for most of her life. She raised her three children there.

But now Butler could lose it all. Her insurance company might cancel her homeowners policy since she can't afford to fix the severe damage caused by a rainstorm. The leaks are so bad she has to keep buckets by her bed. She said when she looks around and sees the cracks and leaks in her house, it makes her want to cry.

"I think they're horrible people. I think that they are heartless. That you could take advantage of them at the worst times. I think you're despicable," she said.

Philadelphia District Attorney Larry Krasner has now charged the owner of Ace Public Adjusters, Anthony Hoffman, and his step-daughter Deborah Felix and her fiancé Hartman Wismer, who both worked for the company, with a long list of crimes, including insurance fraud and theft by deception. The trio are accused of defrauding at least 30 homeowners.

"They took advantage of them during a period when they were confused, overwhelmed and vulnerable. These are bullies," said Krasner.

"Our investigation found that after Ace cashed the insurance check. Ace either made partial or no payment to the person whose home was damaged to the homeowner. Typically they did not pay at all," Krasner said.

Butler does take comfort in the fact that while she might lose her house, she will always have her memories.

"They can't take those away," she said.

The DA believes there are more victims of Ace Public Adjusters and other unscrupulous adjusters out there. If you are one of them, please contact the DA's fraud hotline at 215-686-9902. Also before you hire a public adjuster, make sure he or she is licensed by the State Department of Insurance. Krasner said Hoffman's license had lapsed.