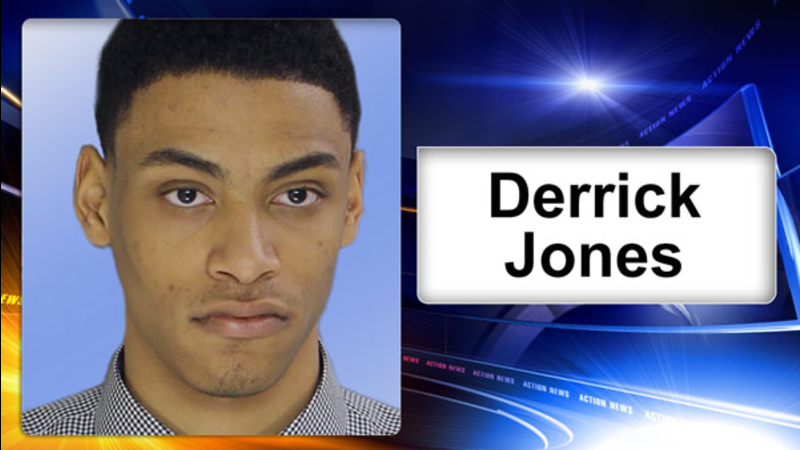 They allege Jones took an image of a real girl he called "Haley" off the internet. Then sent the victims racy photos and videos from pornographic sites using her name while encouraging the victims to send back their own nude images.

"They believed that they were receiving naked pictures of a teenage girl and so they were responding to Haley thinking that it was a teenage girl that was interested in them. Unfortunately, it was not," Delaware County District Attorney Jack Whelan said during a Thursday afternoon press conference.

Whelan says Jones threatened the victims that he would post and send the nude images to others if they didn't keep up the sexually-explicit correspondence. In one case, the DA says Jones went through with his threat.

Authorities say Jones kept the thousands of photos and videos in files. 136 have names, but the last contained photos from victims whose names he'd apparently forgotten.

"We expect there are going to be many more victims in this particular case. The affidavit of probable cause only identifies five. We know there's at least 136 separately named individuals. We also know that the forgotten names containers a myriad of other young boys that have been victimized," Whelan said.

The five victims named in the criminal complaint filed Thursday are all local. About 60 others, mostly from Delaware County and Philadelphia, have also been identified and their parents sent letters.

Earlier this afternoon at a news conference, the Delaware County District Attorney announced that Derrick Jones, age 18, was arrested today. He is charged with possession and dissemination of child pornography as well as criminal use of a communications device and related charges. He was a member of the Bonner & Prendie senior class prior to his arrest.

School administration is cooperating fully with law enforcement in this matter. The administration was recently made aware of the nature of the investigation and imposed an out-of-school suspension on Mr. Jones. Prior to that contact from law enforcement, the school had no indication that Mr. Jones was involved in activity of this nature. He will not be returning to school.

This information is deeply disturbing to all of us. Our immediate concern is for those who were or may have been victimized. Our understanding is that Delaware County Detectives have been in contact with individuals they have reason to believe could be a victim in this matter.

If anyone has information that needs to be shared with law enforcement regarding this matter or wishes to make a report, they are urged to contact Detective Sergeant Kenneth Bellis of the Delaware County Criminal Investigation Division at (610) 891-4717.

The safety and protection of the young people entrusted to our care are our primary concerns. We are grateful to law enforcement for alerting us to this situation and will continue to cooperate with them in the course of their work. Counselors will be made available during school hours over the coming days for any students who might need to meet with them. If additional supports are needed, we will work to implement them in the coming days at school.

The Archdiocesan commitment to the prevention of child abuse is an ongoing one. We regularly provide our students with educational resources and programming designed to illustrate appropriate and safe use of technology. We will continue to do all that we can to assist our young people in utilizing technology in a manner that will minimize their exposure to dangerous situations.