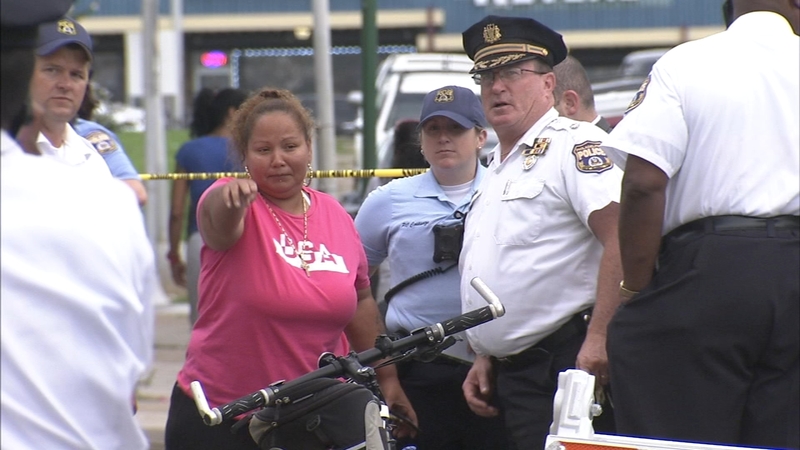 PHILADELPHIA (WPVI) -- Philadelphia police say a teen is dead and two other people are hospitalized after a shooting in the city's Kensington neighborhood.

The homicide unit is now on the case looking for the killer or killers involved in a triple shooting.

They are hoping surveillance video may prove helpful in the investigation of what police think may have been a drive-by shooting.

It was at the intersection of East Schiller and H streets that numerous 911 calls reported heavy gunfire about a quarter after four.

A man in his mid-20s who police believe was trying to run away and was shot in the back.

"He was able to run south on 'H' street and that's where police found him," said Chief Inspector Small.

That man is in extremely critical condition at Temple.

Also shot was a 20-year-old woman who may have been an innocent victim caught in the crossfire.

Relatives say she was playing basketball when she was shot in the legs. She is stable.

"Now from what witnesses say, it's possibly was a drive-by shooting. They describe a dark color or brown van or mini-van that was last seen traveling west on the 800 block of East Schiller," said Chief Inspector Small.

With bullets flying everywhere, striking the windshield of a car and the siding of rowhomes. Police say it's amazing that more innocent victims were not caught in the crossfire.

"We know that there a lot of people out here, children, teenagers and young adults," added Chief Inspector Small.

Police have no motive for the shootings that has now claim the life of at least one man. Another man is barely holding on.

Detectives are interviewing several witnesses hoping to identify the culprits.