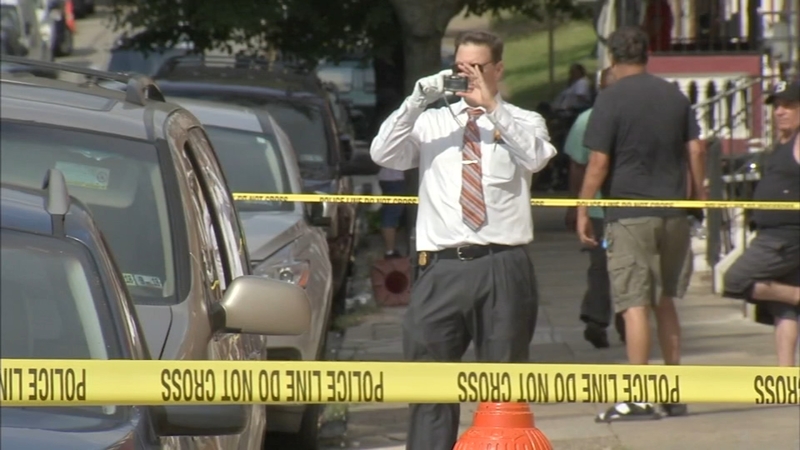 PHILADELPHIA (WPVI) -- Three gunshot victims- two men and a woman- are all recovering from their wounds at Temple University Hospital Monday afternoon.

The shooting happened around 1:30 p.m. Monday in the 100 block of East Tusculum Street, near the tracks the city cleaned up and closed off - a place where addicts gathered for years.

While the encampment on the tracks may be gone, problems like what happened today persist.

"Everybody heard the shots. Everybody heard that. We all came crowding around to see what it was," said Philadelphia Police Inspector Ray Convery. "Three people were shot on the corner. They were all shot in various parts of the legs."

"The description that we have is one Hispanic male in a hoodie," said Convery. "Came around the corner, fired five shots toward the people that were sitting on the steps across the street and all three were injured."

Shell casings were scattered on the street.

This area of Kensington has long been considered the epicenter of the city's heroin epidemic.

"We cleaned up the tracks, and we put fences up but they have moved into shooting up on the street so, for better or for worse, at least we find them up here on the streets when they get high instead of having them OD down on the tracks," said Convery.

The triple-shooting might be connected to the heroin trade in that area, but police will have to do more investigating. They'll be looking for video as they try to identify the shooter.

Meantime, the three victims remain at Temple in critical condition.