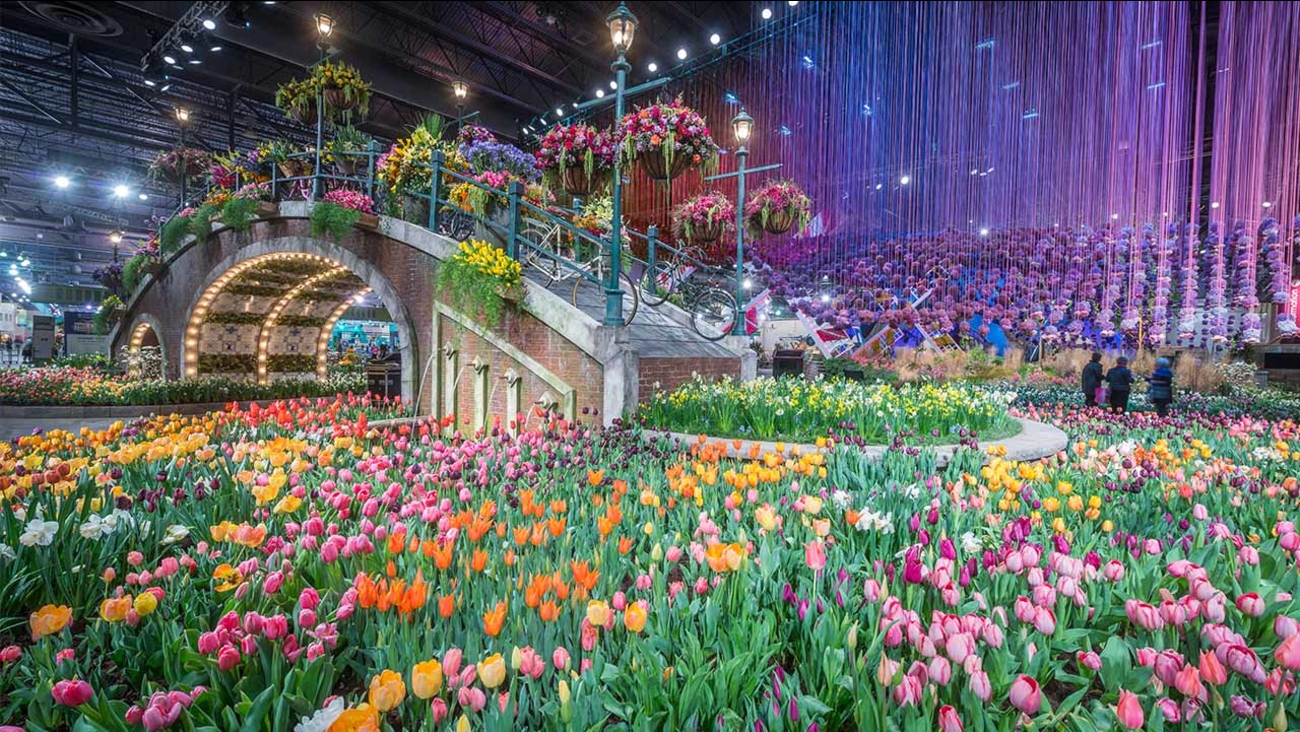 "Riviera Holiday" celebrates the beauty and plants of the Mediterranean. The show runs from February 29 to March 8. (Pennsylvania Horticultural Society)

Every year, the PHS Philadelphia Flower Show brings together the beauty of flowers, the Philadelphia landscape, the anticipation of an approaching spring, and a focus on a diverse and sustainable environment - creating an event with something for everyone.

From the plant curious to the master rosarian, visitors can glean inspiration and insight from nearly ten acres of floral and landscape design.

This year's PHS Philadelphia Flower Show, titled "Riviera Holiday," begins Saturday, February 29 and runs through March 8. The show celebrates the beauty and plants of the Mediterranean while paying tribute to the special connection between the Flower Show and the late Princess Grace Kelly of Monaco.

Partnering with the Principality of Monaco and the Prince Albert II of Monaco Foundation, the Pennsylvania Horticultural Society will feature the Princess Grace Rose Garden, sponsored by The Embassy of Monaco in Washington, D.C.

Among the varieties will be the "Princess Charlene of Monaco" garden rose, named after Princess Grace's daughter-in-law, among many others. 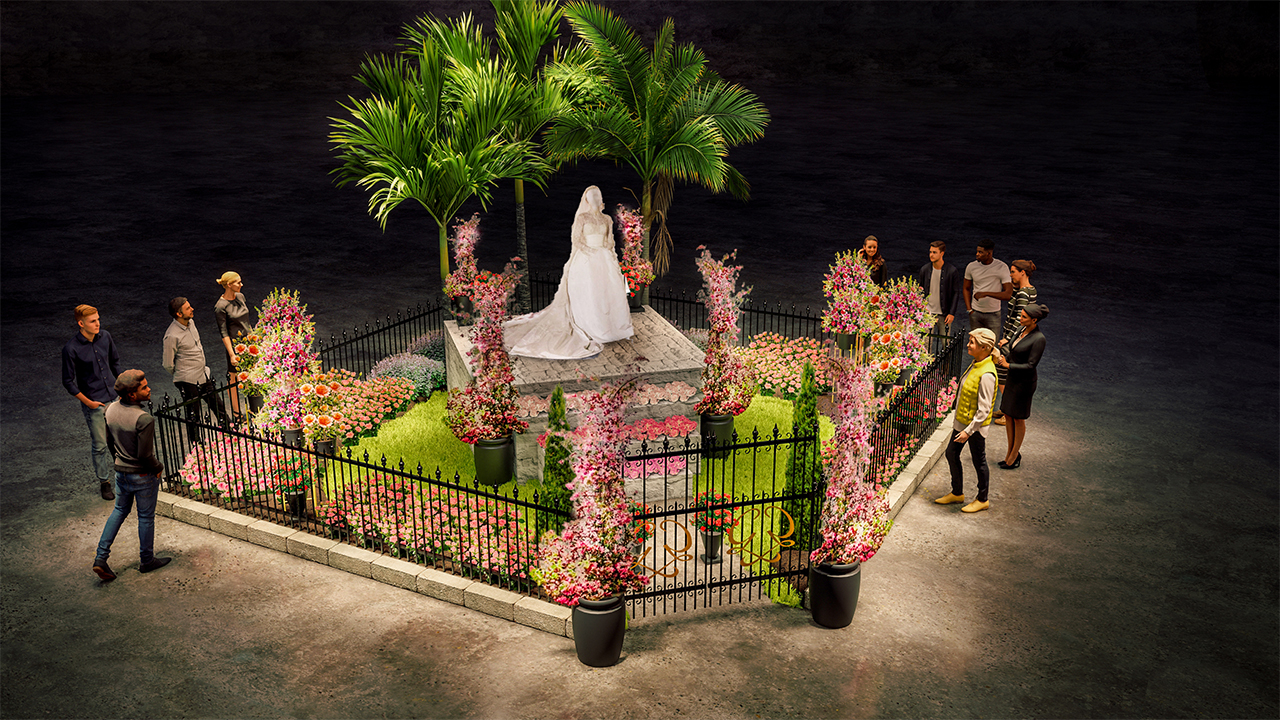 A stunning replica of Princess Grace's iconic wedding dress, on loan from Nicholas and Elizabeth Barranca, will be the centerpiece of this delightful garden.

A native of Philadelphia, Grace Kelly grew up in the city's East Falls section, a family-friendly, close-knit area, in a six-bedroom house originally built in 1928 by her father John B. Kelly, a three-time Olympic gold medalist in rowing.

She left Philadelphia for Hollywood at the age of 20, but always had a soft spot for home, and Philadelphians have always held a special place in their hearts for her.

The actress went on to win three Oscars followed by a marriage proposal from Prince Rainier III of Monaco in 1955.

Although Princess Grace moved to Monaco with her new royal husband, Flower Show organizers thought of her when they wanted to invite a special guest to the 1976 Show, held during the year of the nation's bicentennial.

When Princess Grace accepted their invitation to attend and judge during a hometown visit, everyone, from organizers to visitors, was excited. 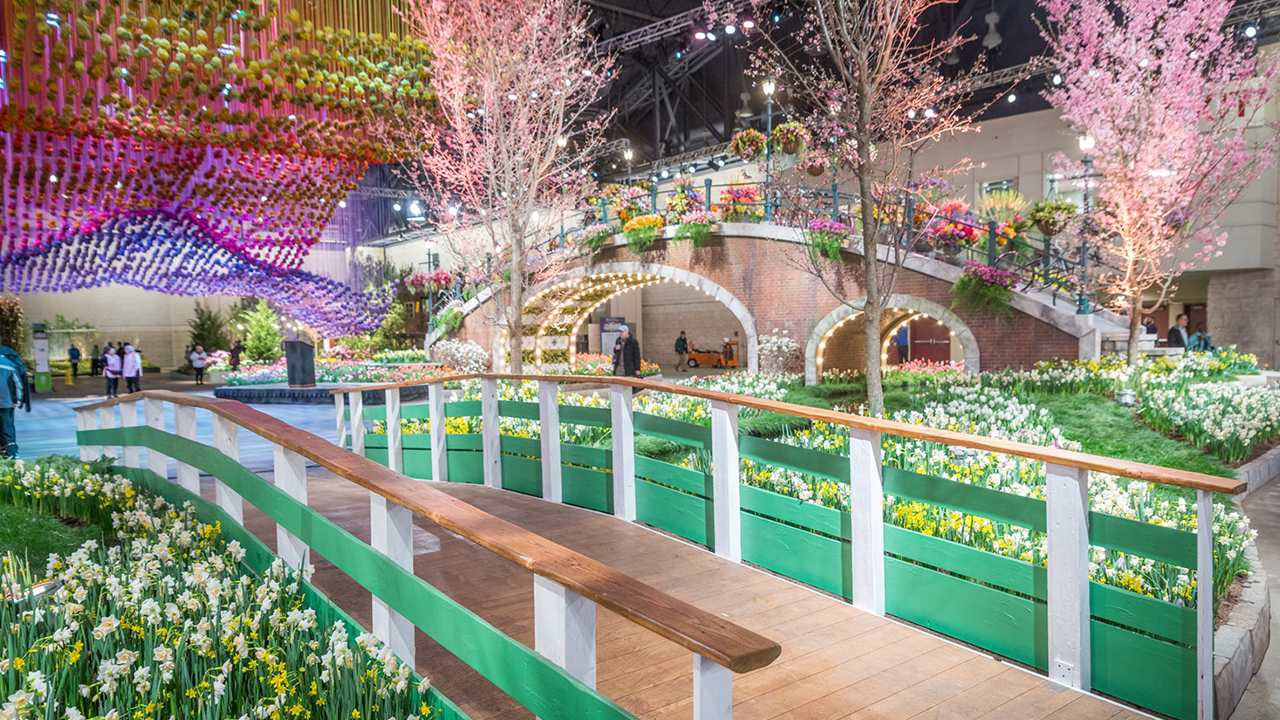 After taking in the fragrance and beauty of the Rose Garden, visitors can treat themselves and a friend to an indulgent Mediterranean-inspired brunch experience.

The new Bloomin' Brunch takes place in a breathtaking, Saint-Tropez-like garden setting and features a three-course menu including an imported bread display, light spring salad, quiche and desserts. A vegan, gluten-free ratatouille will also be available. Seatings are offered twice daily at 11 a.m. and 2 p.m. Tickets are $35 in advance online and $45 on site.

Get your hands in the potting soil with celebrity designer Tu Bloom guiding you as you create your own container garden at a lively Potting Party at the Subaru Zero Landfill Lounge on the Show floor.

Other perennial Show favorites include guided, two-hour Early Morning Tours, with interesting tales of exhibitors before the show opens to the public.

Experiences also include the beauty of nature at Butterflies Live!, the lively Make and Take sessions, and an '80s-themed dance party called Flowers After Hours.