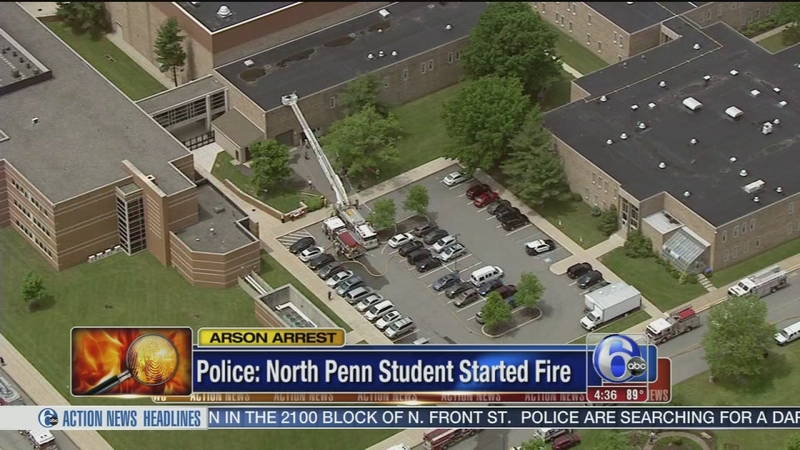 TOWAMENCIN TWP., Pa. (WPVI) -- A student has been arrested on arson charges following a fire at North Penn High School on Tuesday.

In a letter sent home to parents, district officials say the student is being held in juvenile detention.

Towamencin Township police say the student is 17 years old, but did not release the suspect's name.

The flames were contained to the F-Pod area, school district officials said, but the band storage area and classrooms on the first floor were damaged.

A large part of the building was also exposed to smoke, officials said. The cost of the damage is yet to be determined.

Staffers say they will be 'discussing the seriousness of such actions with students' and ask parents to do so as well.

"It is very concerning that one of our students is involved, and it is clear that like anywhere in society, we are not immune to the potential of such acts," Superintendent Curtis Dietrich said in a statement.

The fire broke out at North Penn around 11:30 a.m. Tuesday. More than 3,000 students, along with faculty and staff, were quickly evacuated.

Despite the fire, classes resumed on Wednesday morning.