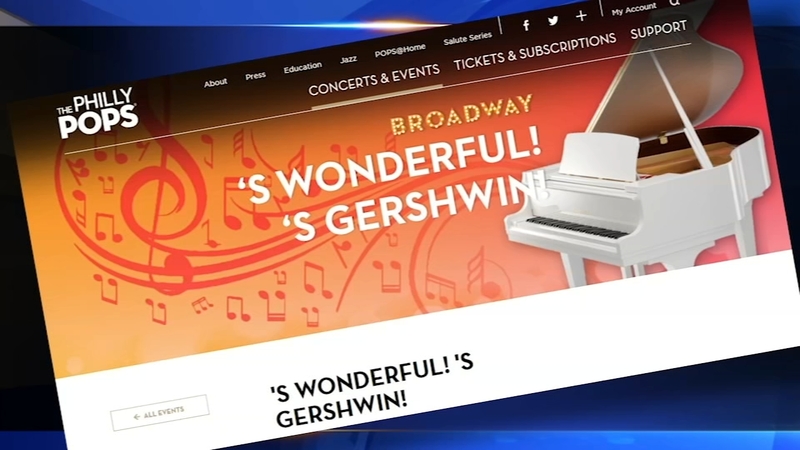 PHILADELPHIA (WPVI) -- The Philly POPs are celebrating the sounds of Gershwin. Karen Rogers has the story in this week's 6abc Loves the Arts.

Philly POPs' 'S WONDERFUL! 'S GERSHWIN! will highlight the stunning catalog of George and Ira Gershwin, featuring hits from Porgy and Bess, An American in Paris and Shall We Dance.

Stripling will lead the orchestra.

"One of my favorite stage personalities," says David Charles Abell, Director and Principal Conductor of the Philly POPs.

Stripling is also a trumpeter, who played with the Count Basie Orchestra and countless jazz ensembles.

"I've played it all over the world," says Stripling.

He says George Gershwin was influenced by classical music as well as the Great Migration.

"Black families moving from the South all the way up to the North. Negro spirituals gave him Porgy and Bess," says Stripling.

He and brother Ira took Ragtime rhythms and fused them into their own style.

"They changed the world with their music," says Stripling.

Broadway stars Ryan Silverman, Nikki Renee Daniels, and Allison Blackwell are all guest vocalists who will be belting out some all-time favorites.

"Songs like Lady Be Good and The Man I Love," says Stripling, "Summertime And the Living is Easy. We often call that song the Jewish blues, because it's so imbued with the spirit of blues, but it's composed by these amazing Jewish composers."

Pianist Charlie Albright will join the concert as well.

"Charlie will of course be playing Rhapsody in Blue," says Stripling.

The POPS played Rhapsody in Blue at their first-ever performance in 1979 and it became longtime music director Peter Nero's signature song.

"This is the first time in 10 years that Rhapsody in Blue has been performed. It's really a hallmark," says Stripling.