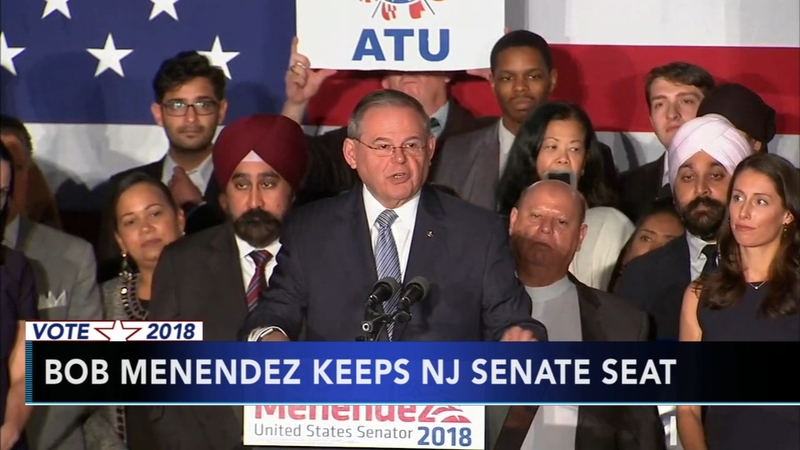 ELECTION RESULTS: Get the latest returns from New Jersey races

Hugin tapped his deep pockets for at least $27.5 million and spent on TV ads attacking Menendez over the 2017 trial on charges that he helped a friend with Medicare billing in exchange for lavish gifts.

The charges were dropped this year after a mistrial.

The race was particularly significant because Democrats are defending 26 seats, including 10 incumbents running in states that President Donald Trump won in 2016.