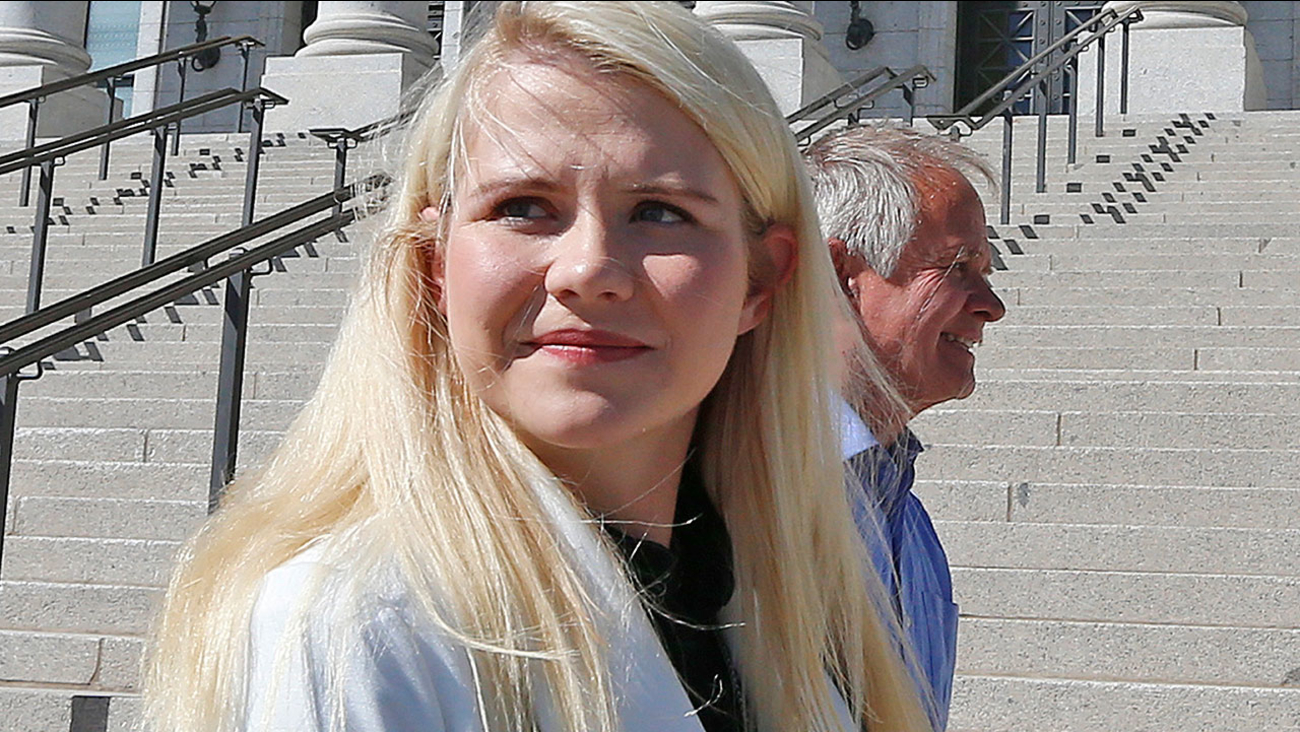 AP
SALT LAKE CITY -- Once an accomplished organ player in Salt Lake City, Wanda Barzee became a disturbing figure for members of her own family after she helped in the 2002 kidnapping of then-teenager Elizabeth Smart.

Days before the 72-year-old woman is released from prison, looming fears about whether she remains a threat and calls to keep her off the streets bring up deep-rooted questions about mental-health treatment in the nation's prisons, an expert said.

"It just makes you ill. How could anyone do that?" she said.

Her aunt played the organ at her wedding decades ago, before Barzee joined Mitchell as he acted on his so-called revelations from God.

Like Smart, Mace is alarmed by the surprise announcement this week by Utah authorities, who said they had miscalculated her aunt's sentence and would release her from prison next Wednesday.

"From what I know, no family can take her in or would take her in," Mace said.

He declined to say whether she'll be in a private home or a facility, but she "will not be homeless," he said.

Barzee has served the 15-year sentence she got in a plea deal the year she testified against street preacher Brian David Mitchell, her then-husband who kidnapped the girl from her bedroom at knifepoint.

During her months in captivity, Smart said the older woman sat nearby and encouraged her husband as he raped the teenager.

Smart is now a 30-year-old speaker and activist who said Thursday she's deeply concerned that Barzee remains a threat, citing her refusal to cooperate with mental-health treatment in prison and reports that she may still harbor Mitchell's beliefs.

Smart called for authorities to consider carefully whether inmates have been successfully treated before they are released.

"We could be incarcerating someone indefinitely who has served their sentence," she said.

Treating the disproportionate number of people with mental illness in U.S. prisons - many of whom are not violent - is among the system's biggest challenges. While there is a need to protect the public, inmates also have the right to refuse treatment.

"The degree to which our prisons succeed in rehabilitation is questionable," Weiss said. "We're putting a lot on a system that is overloaded with fairly unclear goals."

Repeat violent sex offenders can be civilly committed in the federal system, but that requires a series of evaluations and a judge's decision that they pose an imminent risk, Anderson said.

Barzee's lawyer has maintained she's not a threat. Attorney Scott Williams did not immediately return a message seeking comment. Prison officials declined to discuss her behavior behind bars or relay an interview request.

She was treated at the Utah State Hospital for about five years following her arrest, and testified in 2010 against Mitchell.

Barzee described a "hellish" first year of marriage that eased after she "learned to be submissive and obedient," and his later pronouncement that it was "God's will" they sell their possessions and travel the country wearing long robes.

Eventually, Mitchell kidnapped then-14-year-old Smart, forced her into a polygamous "marriage" and raped her almost daily.

She was found nine months later, while walking with Barzee and Mitchell on a street in the Salt Lake City suburb of Sandy.

Barzee's testimony against him seemed like a turning point, but her mental state appears to have changed in her subsequent years in federal and state prisons, Mace said.

Mitchell, is serving a life sentence.

Looking back on the captivity, Smart said Thursday that she believes the older woman who treated her as a "handmaiden" and a "slave" was manipulated by her husband at times. "But she, in her own right, abused me as much as he did."

States eye allowing concealed carry of guns without a permit