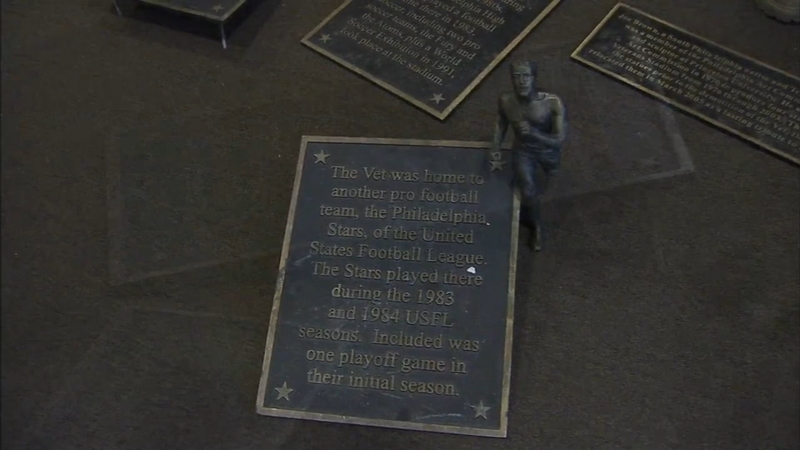 SOUTH PHILADELPHIA (WPVI) -- Five bronze plaques that appear to be those missing from statues near Citizens Bank Park have been located at a South Philadelphia scrapyard.

Owner of F and J Recycling, Jim DiBartolo, said recently one of his scrappers told him to keep an eye out for the stolen plaques which disappeared sometime during the first week of August.

"Once I heard about it again I said, 'let me go back there and look,' and sure enough," he said. "I don't even know how long they've been sitting back there."

Back there is what he calls "the hole."

Scrappers bring in their load and after it's weighed, it all goes in the hole, and they get a price per pound.

DiBartolo speculates the thief put the plaques in with a larger load, knowing the police would be looking for them.

He said whoever dumped them got pennies for them. They're worth $7,500.

"It's probably one of the biggest finds that we've had," said DiBartolo.

DiBartolo called Action News and we called police, who then came out for their own look Thursday afternoon.

DiBartolo said he just wants them returned to the statues they seem to have come from.

"I am just, like I said, I'll be grateful if they're back where they belong," he said.

DiBartolo said his security cameras probably wouldn't help. Dozens of scrappers come in all day dumping truckloads of metal and it's amazing they found these.

Action News reached out to the Phillies for comment.