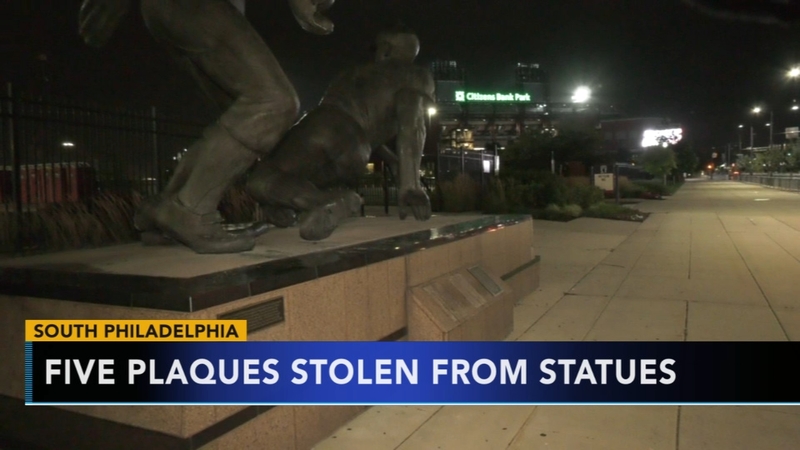 PHILADELPHIA (WPVI) -- A member of the Phillies security team says five brass plaques have been stolen from their statues in South Philadelphia.

Police say the operations manager for the team's security detail reported the theft on the 1300 block of Pattison Avenue.

They say the plaques that were mounted to two statues on that block were taken sometime in the last week, but it's unclear exactly when.

Now, investigators are combing through a week's worth of nearby surveillance video for clues.