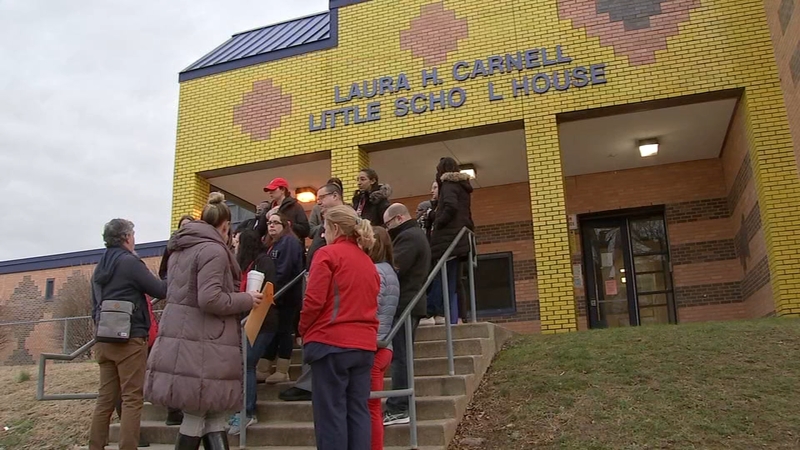 The school, along with McClure Elementary in Hunting Park, closed before winter break due to imminent asbestos concerns.

The School District of Philadelphia announced that necessary repairs have been completed and testing has confirmed that the school is safe, emphasizing that all air sampling fell within EPA and Philadelphia regulations

"We took about 350 samples throughout the school building at Carnell. All of the tests came back clear, safe for students and staff to reoccupy," according to school district spokesperson Megan Lello.

But the Philadelphia Federation of Teachers has its concerns. President Jerry Jordan initially met with educators outside the building at 8 a.m. and walked through the building himself.

The PFT maintains the School District did not uphold an agreement in regard to testing protocols.

The School District countered that the union was invited multiple times and conducted a single test of their own.

"We are not able to assure our members that the building is safe," remarked Jordan.

Jordan added, "If testing was done yesterday, it was done without our environmental scientists."

"There was an agreement that the PFT and the Philadelphia School District would test side by side, and that has not happened," Tartaglione stated.

Pipkin continued," By them not being on the same side it's questionable, and I'm not willing to take the chance with my daughters safety."

Mother Rishawn Reynolds was unsure whether her daughter Tiffany would remain in school Monday, but she ultimately decided to let her go to class.

"It's all so confusing, and I just want normalcy for Tiffany. It's been too long and no alternate plan in place at all," Reynolds explained.

Mother Erica Miller told 6abc, "Not any of the officials in charge of making these decisions- none of their children go to these schools, and I believe that this situation has been going on for a long period of time, and we're just getting the end of the story."

The teachers union is still planning to conduct their own testing.

As for repairs, there is still abatement to be done in five sealed-off closets that the school district says are not accessible to teachers and students.