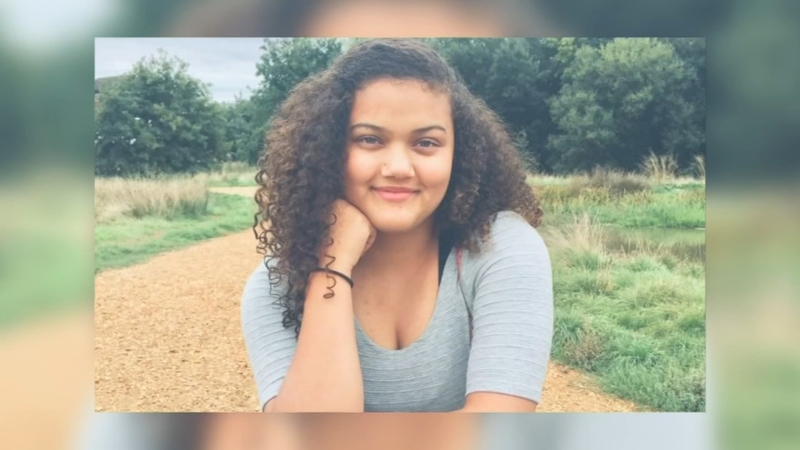 MADISON, Wis. -- A Wisconsin woman was reportedly set on fire in what is being investigated as a hate crime.

The Madison woman is still in the hospital after she was attacked inside her car early Wednesday morning.

Althea Bernstein said four white men called her a racial slur, before attacking her, setting her on fire with lighter fluid. For Michael Johnson, the Bernstein family's spokesman and CEO of the Boys and Girls Club, he couldn't think of a more obvious example of a hate crime.

"But I think her mom and her dad are worried about her mental well-being and the scars that are going to be on her," Johnson said.

Bernstein told WKOW that the attack happened early Wednesday morning at around 1 a.m.

She said she was at the intersection when four white men in floral shirts yelled a racial slur, sprayed her with lighter fluid and threw a lit lighter at her.

"Here's a young lady that was minding her own business and somebody decided to set her on fire, and it's unacceptable," Johnson said.

Madison police said they are investigating the incident as a hate crime.

Johnson said this is an escalation of racial tensions felt all across the country.

"Somebody tried to cause bodily harm because of the color of their skin, and I think all of these things that are happening across the country and right here in our back yard, is just unacceptable and where is the respect for humanity?" he said.
Report a correction or typo
Related topics:
wisconsinhate crimehate crime investigationu.s. & worldrace in americaburn injuries
Copyright © 2021 WPVI-TV. All Rights Reserved.
TOP STORIES
Soccer fans accused of beating man to death at Pat's King of Steaks
Video shows Gabby Petito's police encounter before disappearance
Another age-progression image released of Dulce Maria Alavez
Girl, 6, hit by vehicle while fleeing Philadelphia gunfire
Bialik, Jennings to guest-host 'Jeopardy!' for rest of year
Alex Murdaugh turns himself in for $10M insurance fraud plot
AccuWeather: Not as hot, some downpours today
Show More
4 young people shot in past week have ties to one school
Gov. Wolf visits Philly to address opioid crisis in Kensington
Philadelphia Zoo now vaccinating animals against COVID
SpaceX launches 4 amateurs on private Earth-circling trip
4 treated, including firefighter, following rowhome fire in Manayunk
More TOP STORIES News