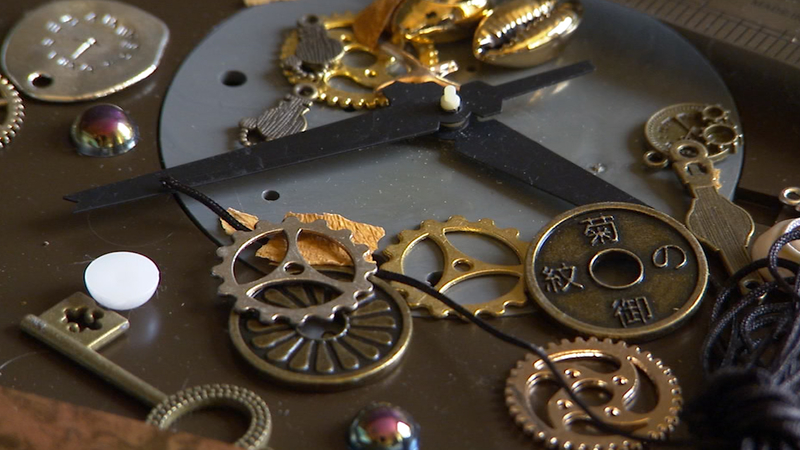 PHILADELPHIA -- Historic Hatfield House at 33rd Street and Girard Avenue has a new art installation that tells the story of an ancient secret society that challenges all concepts of time and space.

"It's been a boarding school, and now we are using it as a place for culture," says Adela Park, the Project Manager of Fairmount Park Conservancy


With a new video and sound installation called "Ancestors returning again/this time only as themselves" by an art collective called Black Quantum Futurism.
"Thinking about themes of time and the ways in which Black people are often cut off from their futures, pushed out of our communities through gentrification, through other acts of violence," says Rasheedah Phillips, creator with the Black Quantum Futurism.

With archival footage and a gallery of artifacts and found objects, the artists explore members of an ancient secret society of Black scientists, healers, and writers known as The Temporal Disruptors, who built a quantum time capsule.

"With a quantum time capsule, you can send messages and objects back to the past," describes Rasheedah.


Camae Ayewa, co-creator with the Black Quantum Futurism expounds: "So, this is really to trouble the notion that we are cut off from our history, that we have no agency."

The focal point of the exhibition is a film titled "Write No History."

"It's supposed to feel like you're a part of the film," declares Rasheedah. "How do we connect with our ancestors in the past? How do our ancestors from the past connect to us?"
The installation was built specifically for the mansion. The artists live in neighboring Strawberry Mansion.

"It's a wonderful opportunity to work with creators in this neighborhood, but also bringing public awareness and interest to the house itself," informs Adela.


The Hatfield House was actually built in Hunting Park and moved to East Fairmount Park in the 1920s.

Tours of Historic Hatfield House are self-guided. The art installation is free and on view through September 19th.