Police said the crash started when a 16-year-old male lost control of his Jeep while reversing from a parking space.
WPVI
By 6abc Digital Staff 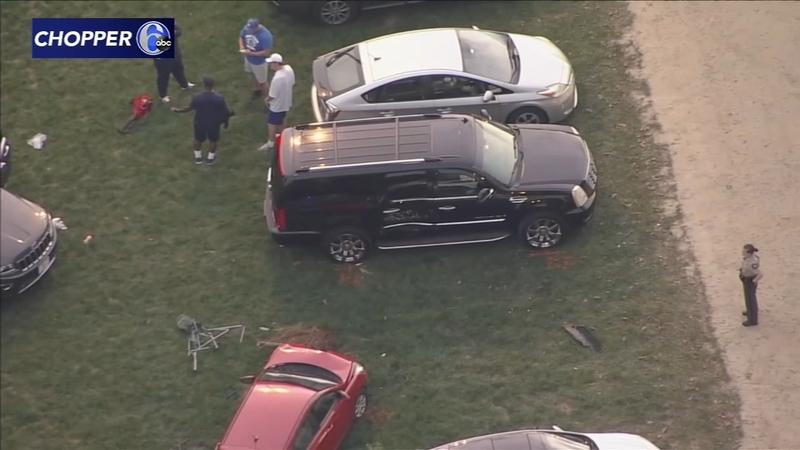 According to police, a 16-year-old male lost control of his Jeep while reversing from a parking space.

The Jeep hit two parked cars, then continued in reverse hitting two people that were sitting in chairs behind one of the cars, police said. A 65-year-old Dover woman was trapped under the Jeep.

The woman had to be extricated from beneath the Jeep by Wilmington Fire Department personnel and was flown to Christiana Hospital where she is listed in serious but stable condition.

A 51-year-old Smyrna man was also taken to Christiana Hospital for injuries to his leg and back, police said. He has since been treated and released.

The driver of the Jeep was uninjured in this accident.

This crash remains under investigation and no charges have been filed, police said.